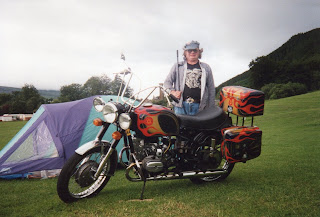 A rather idiosyncratic pair, ‘Big Sam’ and his Ural.

This was taken at the Cossack Owners Club rally at Kenmore, Scotland in 1994.
Posted by mr.combo at 21:31 No comments: 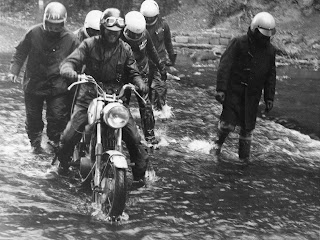 
I came across some old photos at the weekend and will be putting some up over the next few days. 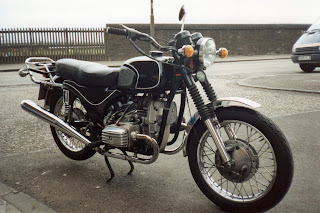 This is my brand new Dnepr MT11 'Roadster'  the day it was delivered, which would have been something like March 1990. 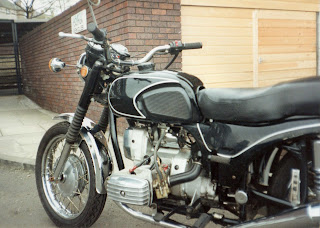 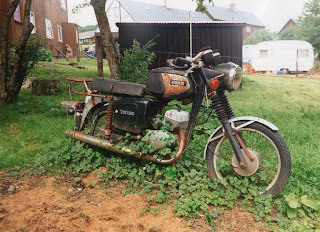 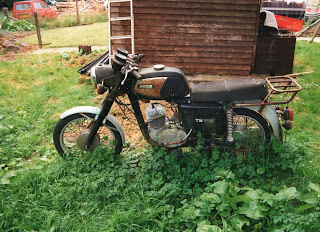 30 years ago I joined my first ever bike club.

Email ThisBlogThis!Share to TwitterShare to FacebookShare to Pinterest
Labels: Accessories, My Motorcycles, Patch 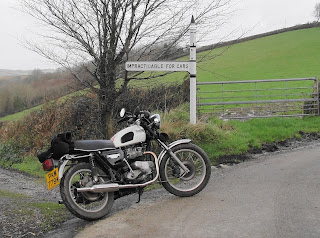 Which is why you take the bike. 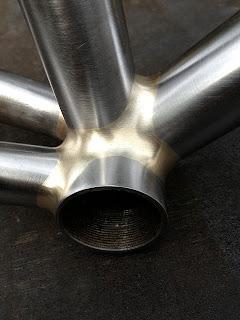 When engineering becomes a work of art. 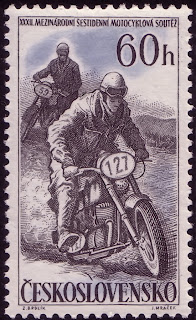 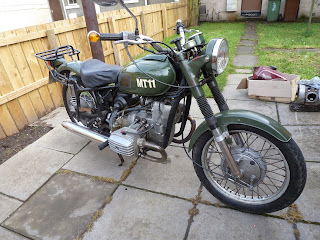 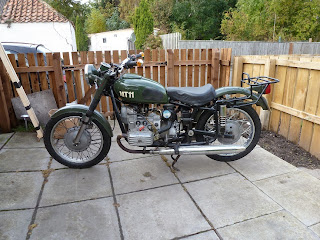 My original plan had been to replace obviously worn and damaged parts, but essentially leave the machine as it was. Well, the bad news is that after this weekend I'm not so sure that I'll get away with doing that. It looks like there will be a lot more work needed on this particular machine than I had anticipated.

Taking the bike apart was a bit of an eye-opener, and not in a good way. First things I removed were the non-standard tank, seat and mudguards, and it looks like they'll all need replacing as they're full of holes and none of them were properly attached in the first place. 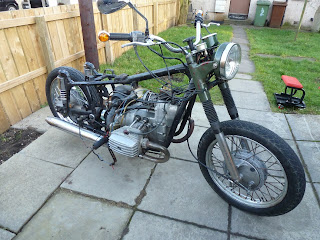 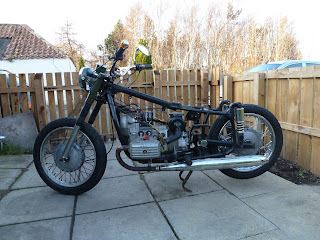 Rusty fasteners are to be expected, but what I found was a mix of imperial, metric and some weird Russian pitch, as well as chewed-up self-tapping screws and a copious use of cable ties and electrical tape where it couldn't be seen. There were also an awful lot of cheap washers used to pad things out and compensate for the fact that nothing fitted properly.

The metric and Russian stuff I can understand, but the imperial stuff and the self-tapping screws were obviously what the previous owner had lying around his garage. Its not that nuts and bolts even cost that much, for goodness sake.