I'm off to Northern Ireland tomorrow for the 25th annual MZ/Jawa meeting at Garrison, Co. Fermanagh. I'll post some pictures when I get back. 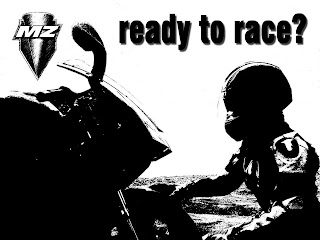 (Spotted on Facebook)
Posted by mr.combo at 18:42 No comments: 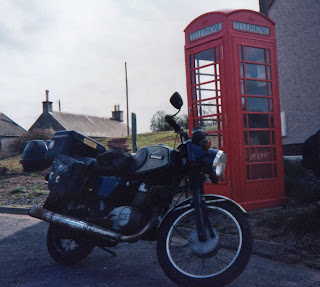 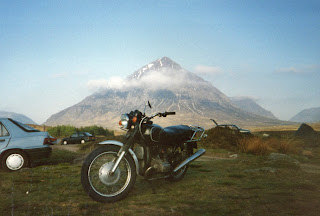 Morning in Glencoe with Buachaille Eite Mòr in the background. The bike is my old Dnepr MT11 Roadster (1991) 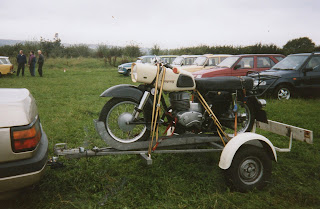 How to annoy some folk in three easy steps:

2. On the way back home drop by the Vintage Two-Stroke and Steam Rally, an event jointly put on by a local motorcycle club and the Railway Preservation Society.

3. Come back from looking around to find that you've won 'Best Motorcycle' without even taking the bike off the trailer.

Apparently, the awards were handed out by the railway preservation guys and, as they didn't know much about motorcycles, they just gave the award to the one they liked best. How were they to know that bringing a bike on a trailer was frowned upon by the locals?
Posted by mr.combo at 12:46 3 comments: 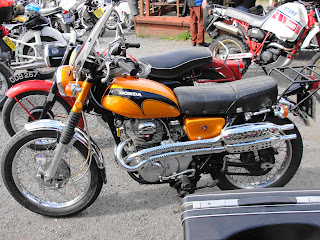 (Via: Bridge Club Too)

And Then Turn Left... 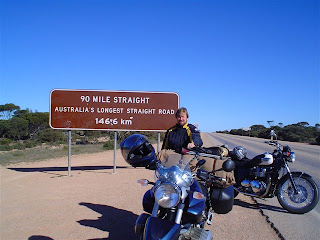 Mike in Australia sent me this photo he took when out for a bit of a ride with his mate. 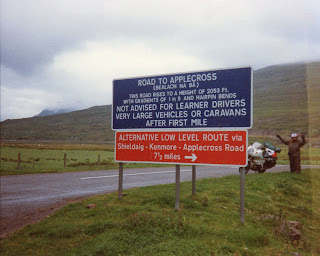