I have just picked up a MZ Skorpion Sport front fairing and fittings that I've decided to fit to the Skorpion Tour that I had stolen and recovered last year. 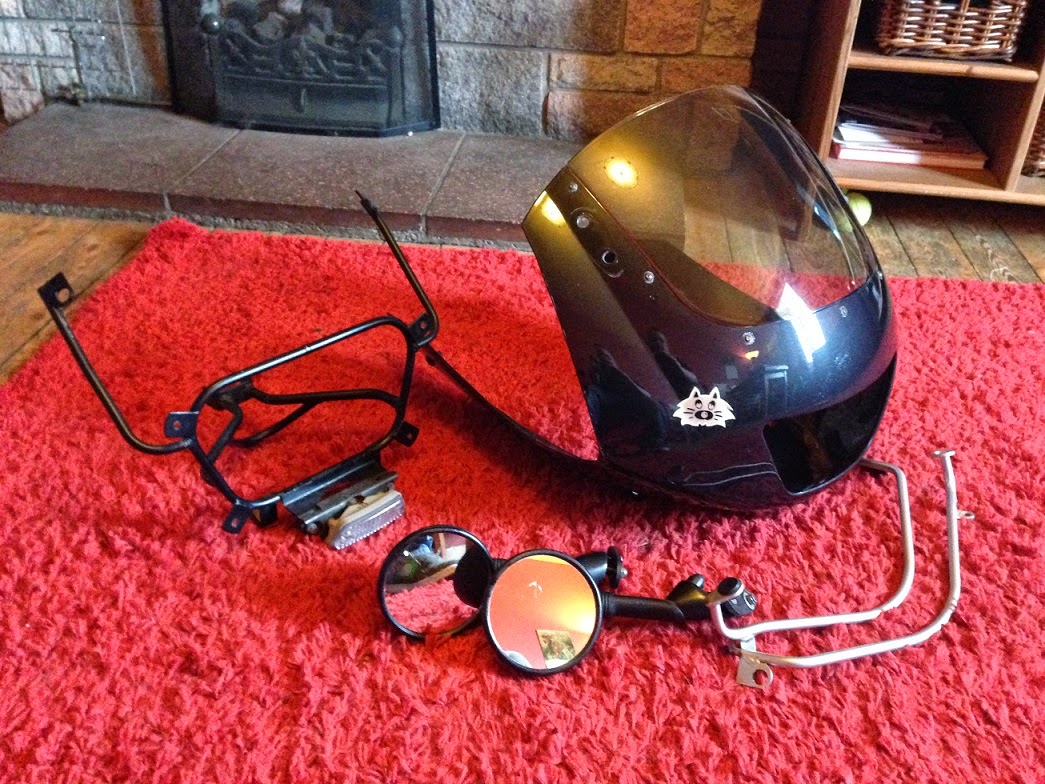 I was planning on putting the Traveller full-fairing that I have stored in the attic back on, but came across this picture (below) of a Tour with Sport fairing and really liked it. When the bits came up on eBay I jumped in and bought them.

I already have a black petrol tank that I picked up years ago to replace the one that the thieves tried to set on fire, and now a black fairing. I’ll have to keep my eye out for a black mudguard and sidepanels.

For now it will have to be black and blue. Quite apt after the way it has been treated. 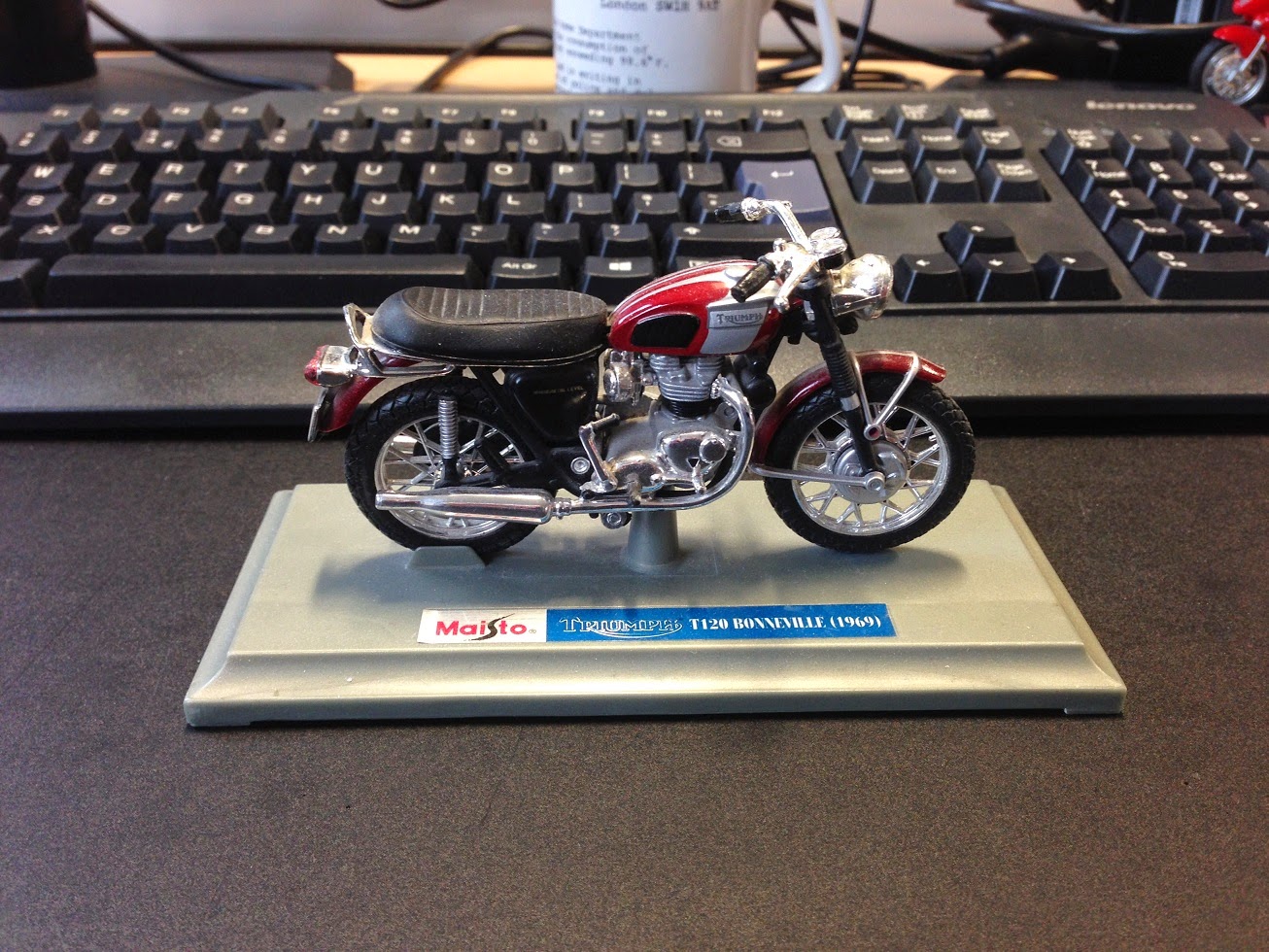 This model sitting on my desk at work is probably as close as I’m ever going to get to a ’69 Triumph Bonneville.

I spotted this mobile advertising hoarding for what used to be known as a ‘head-shop’ outside Fir Park football stadium in Motherwell this morning, presumably placed to catch the attention of the thousands of football fans who were expected in the area.

An interesting idea, and certainly eye-catching, in its red, gold and green Jamaican flag livery. 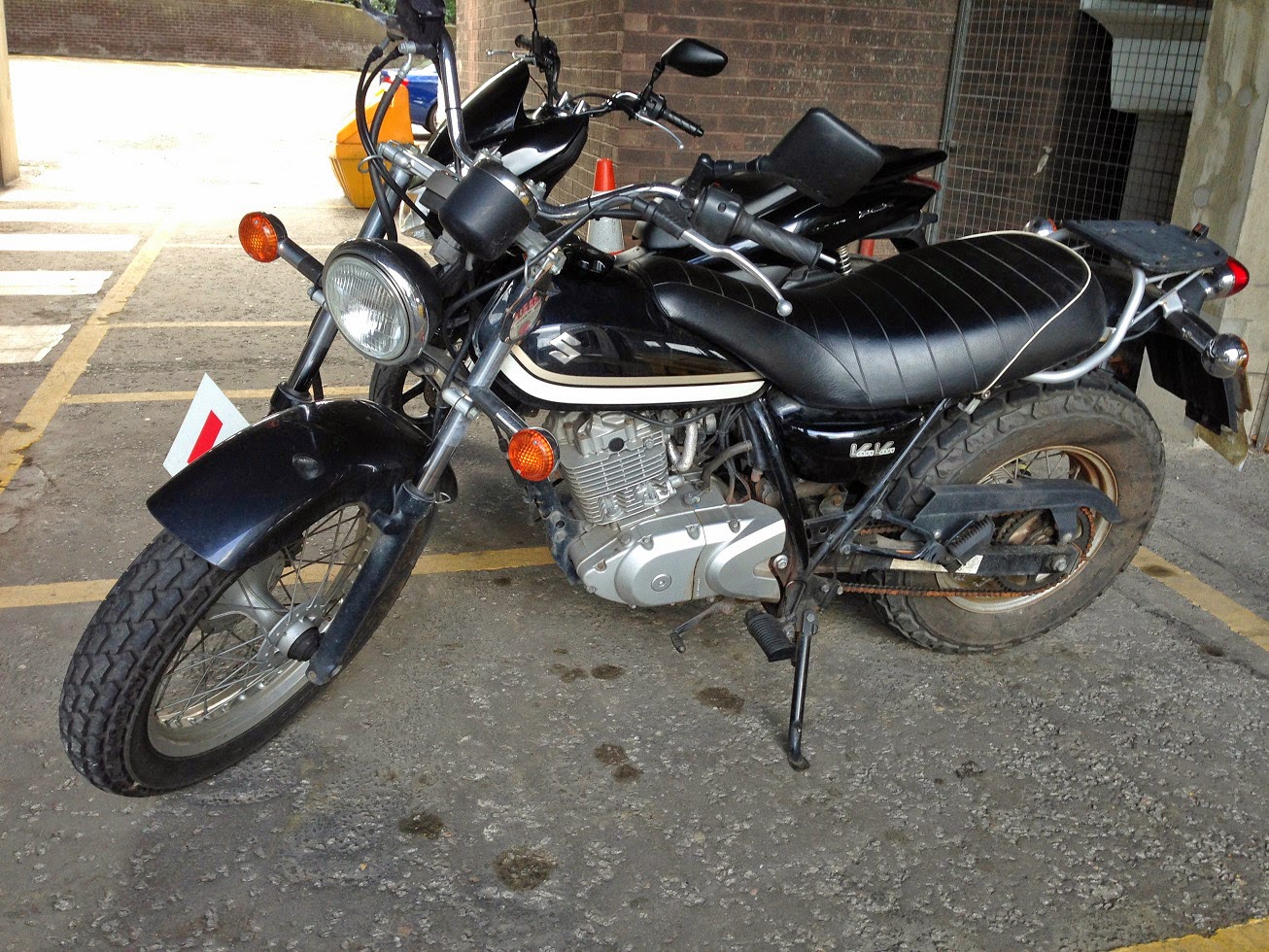 The owner of this Suzuki VanVan parked at my work has really neglected his chain. Something that I’ve seen a lot of on bikes fitted with ‘Learner’ plates.They’re so new to motorcycles that the idea of routine maintenance doesn’t seem to register. Or, it could simply be down to economics. A replacement chain costs money. I don't like the look of the rear sprocket either. 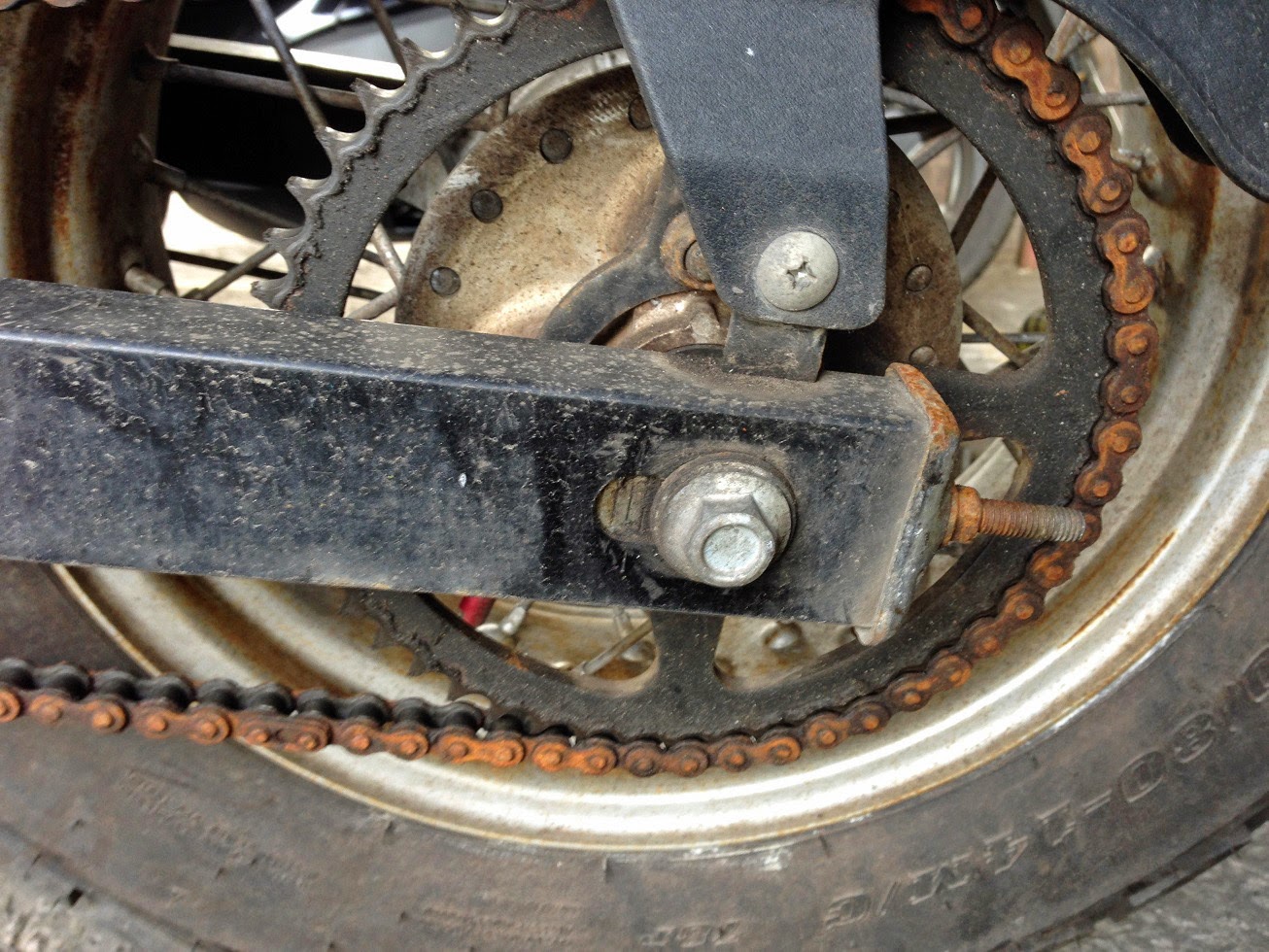 It’s probably too late to just leave a can of chain lube on the seat. If it was up to me I’d be fitting a new chain and sprockets, pronto, before this one snaps and causes some serious damage to the bike and/or rider.