I'm down in Warwickshire this weekend to catch a couple of Shakespeare plays at the RSC in Stratford on Avon.
Wondering what to do with ourselves yesterday morning we made the short trip to the National Motorcycle Museum in Solihull.
The museum is well worth a visit and, with over 800 machines on display, Will take you some time to get around.
Needless to say, I took a shed load of photos and I'll post some of the better ones when I get back.
Today we're off to see some Morris dancing, I kid you not. 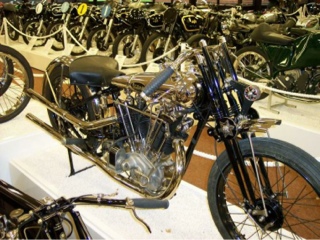 Email ThisBlogThis!Share to TwitterShare to FacebookShare to Pinterest
Labels: Museums 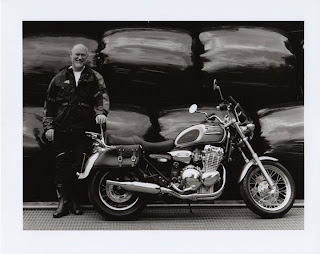 It seems that the inimitable Danny Thompson, bass player extraordinary, is a Triumph fan. Good man!
Here he is backing up long-time collaborator Glaswegian John Martyn.
Posted by mr.combo at 23:40 No comments: 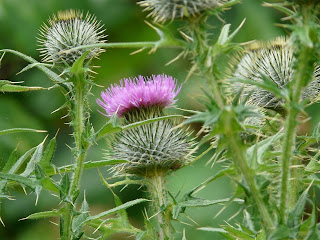 Some thistles for Thistledown
(picture by Mrs.Combo)
Posted by mr.combo at 23:23 No comments:

For those who have been paying attention, you may remember that I had some issues with the alarm on my Triumph while trying to catch the ferry back from Zeebrugge recently. If not, then the post is here. And this was by no means the first time that the alarm had caused me grief. 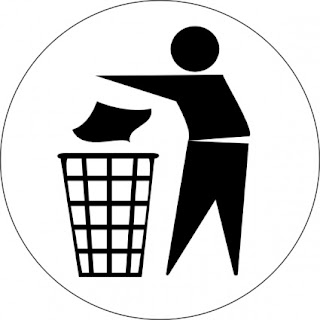 From everything that I’ve read about them, the only folk who think a bike alarm is a good idea are those who are making and selling them and your insurance company. I’ve lost count of how many forums  I’ve been on, for all manner and make of of bikes, all recommending that you take the bloody thing off and throw it away. So that’s what I decided to do.
As electrics are not my bag I had asked Norman and Terry to came over and give me a hand. Between the three of us, and using some useful instructions we found on the interweb here, we removed the alarm and sorted out the remaining wiring.
Actually, because the alarm was fitted to a Triumph, removal was surprisingly straightforward and nowhere as difficult as we had imagined. Triumph have designed their wiring looms so that a Datatool alarm plugs directly in via a connector block. Remove the block, re-connect a couple of wires and you're back in business. So, no hacking into the wiring loom, thank goodness.
This would seem to sum up the frustration of most people who have had one of these things fitted to their bikes.
Posted by mr.combo at 19:55 No comments:

What other beer would you recommend for someone who rides a big single cylinder bike?
Posted by mr.combo at 19:31 No comments:

Email ThisBlogThis!Share to TwitterShare to FacebookShare to Pinterest
Labels: Beer 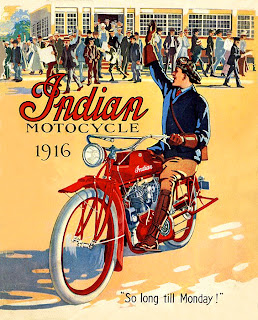 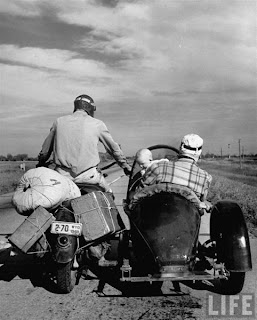 Art of the Sidecar 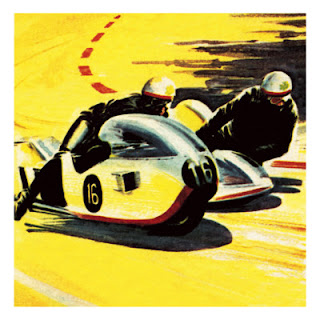 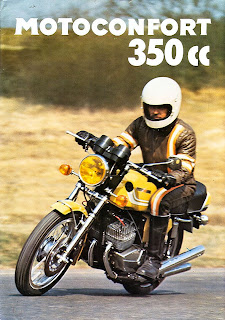 This week’s bike is a 1974 350cc two-stroke triple from French manufacturer Motobecane / Motoconfort. The bikes were apparently badged as both marques, although there appears to only have been limited numbers produced due to the high purchase price when new. 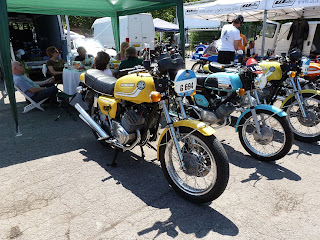 The two yellow machines above were spotted at Coupes Moto Legende last month. The nearest one is a Motobecane, the other a Motoconfort. 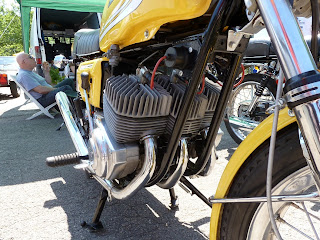 There's a brief history of the manufacturer on wiki, and some more details about this particular machine here. 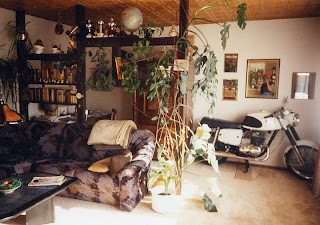 When you’re single you can decorate your house any way that you want to.
Posted by mr.combo at 19:38 2 comments: 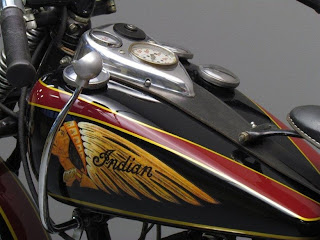 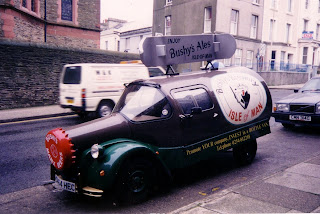 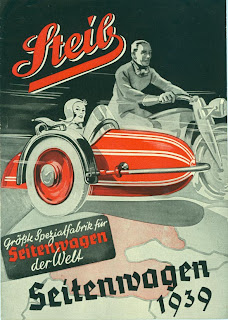 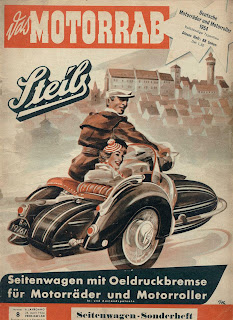 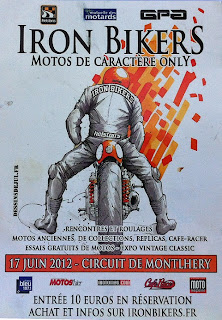 This looks like it might be a good event. I was handed a flyer at this year’s Coupes Moto Legende. See their website for some info and lots of pictures from last year.
Posted by mr.combo at 18:41 1 comment:

They Went That Way

Postcard From The Edge 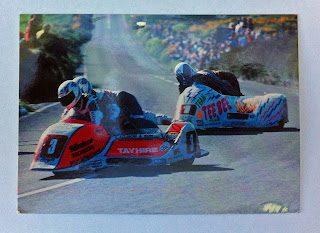 I got my annual postcard from the Isle of Man TT races this morning. My mate Dave is a big race fan and goes to all the major road racing events on the Island as well as those in Ireland like the Northwest 200, and he never forgets to send me a postcard telling me how much fun he's having.

However, it sounds like this year wasn't as much fun as it usually was. 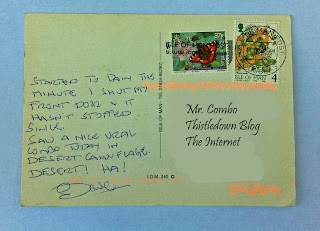 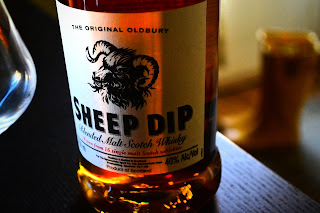 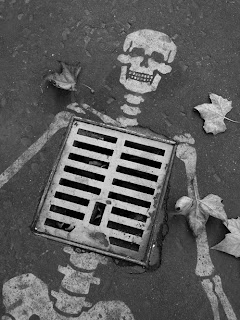 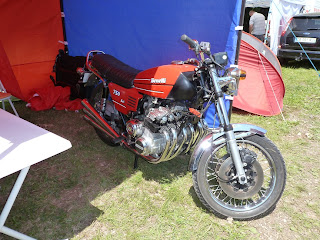 One of the many  rare machines on show at the recent Coupes Moto Legende festival in France this summer - a six-cylinder Benelli 750 Sei. 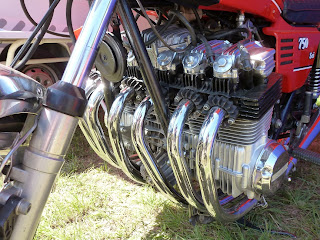 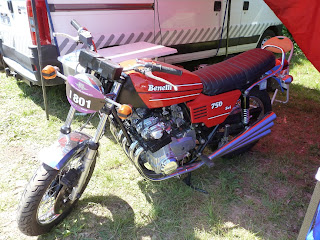 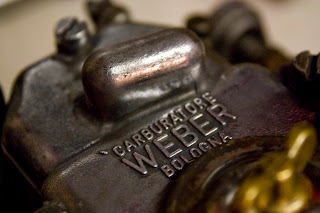 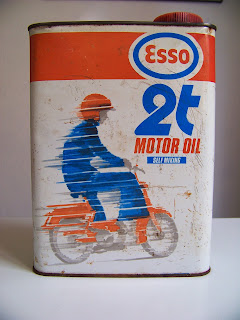 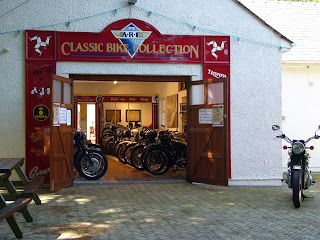 If you’re on the Isle of Man you should make the effort to check out the A.R.E Collection in Kirkmichael. 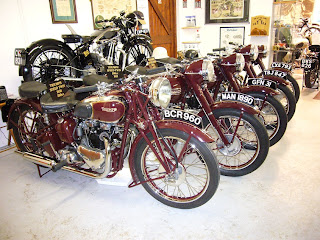