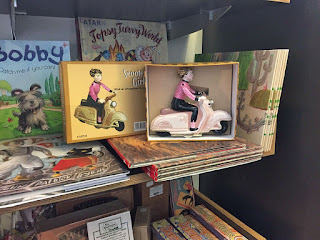 Spotted at National Museum of Scotland 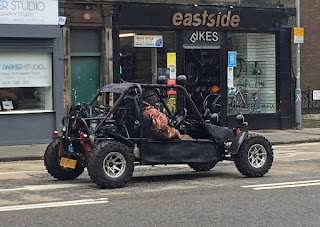 Out and about yesterday I heard the sound of an unsilenced engine. Then this beach buggy from hell roared past. 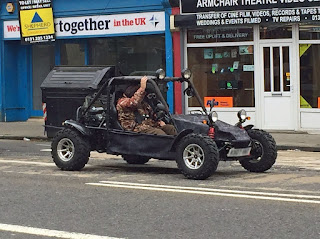 When I caught up with it at the traffic lights I coukd see that the occupants were wearing camo, arab-style keffiyeh headscarves, and goggles. They obviously thought that they were in a Mad Max movie. 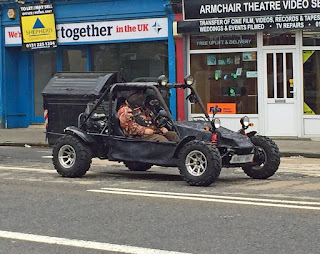 Email ThisBlogThis!Share to TwitterShare to FacebookShare to Pinterest
Labels: Modified/Custom, Odd Vehicles, Out & About 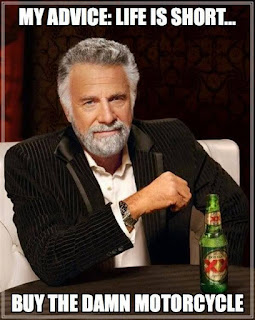 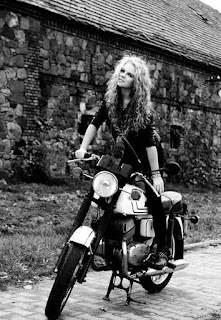 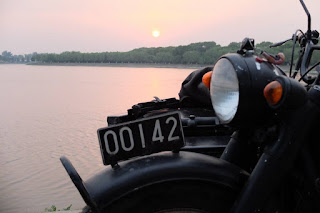 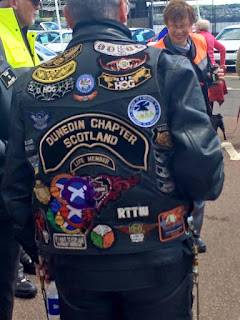 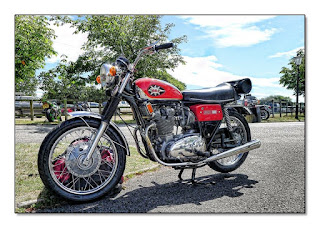 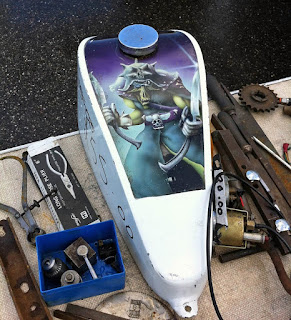 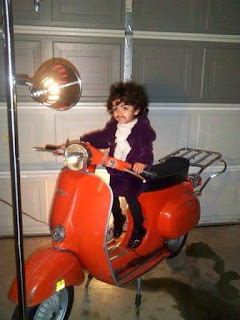 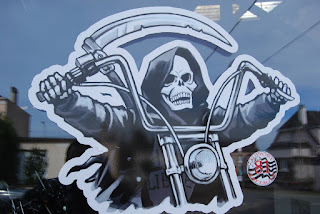 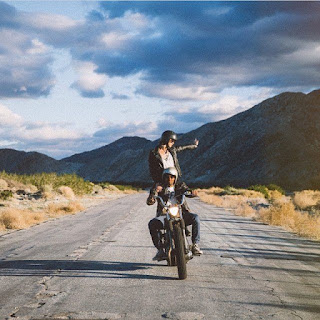 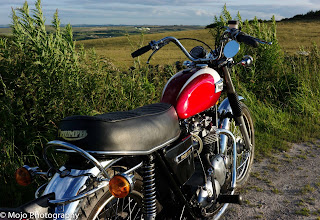 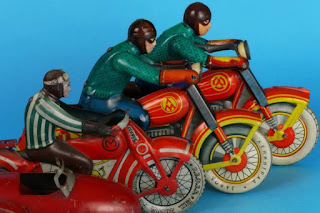 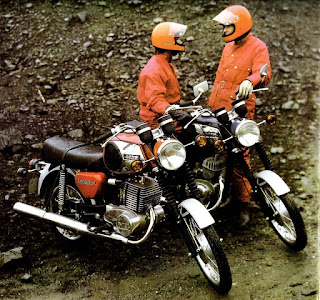 Cossacks in the Trossachs


Found some photos from the first bike rally I ever attended in 1991 on my Dnepr MT11 650. The quality isn’t great as they were taken on a small cheap camera.

It was run by the Cossack Owners Club (for owners of soviet-bloc built motorcycles) and held at Strathyre, in the Trossachs, in Central Scotland. In fact, club president, and owner of the lovely little orange Planeta Sport you see here, admitted that the name of the area was his main reason for holding the event there as he liked the idea of “Cossacks in the Trossachs”.

It turned out to be a pleasant weekend away. The sun shone, I met up with a great bunch of folk, we went green-laning on some forestry tracks, and there was much idle chat and drinking of beer. I’ve been doing something similar on a semi-regular basis ever since.