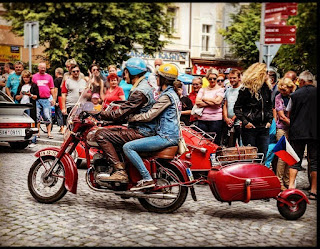 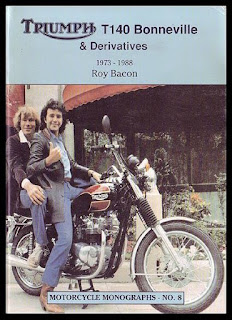 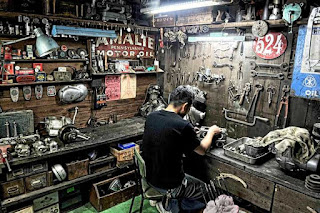 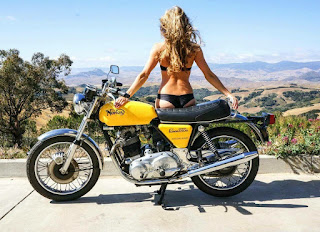 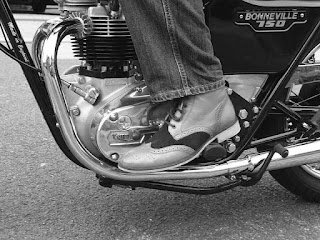 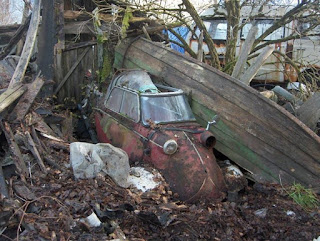 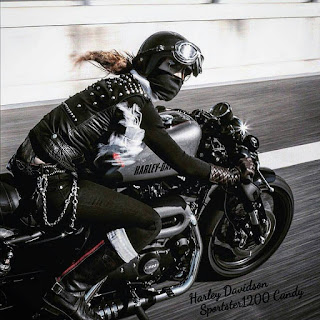 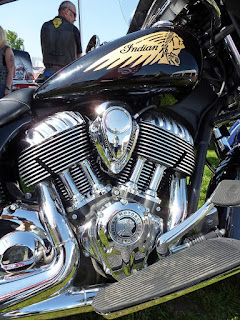 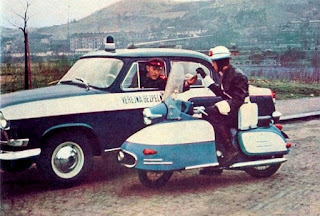 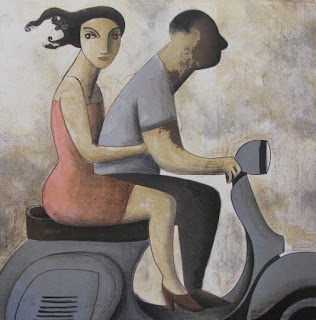 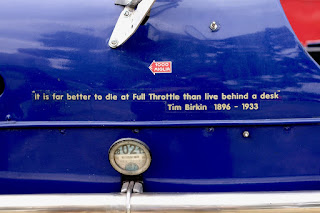 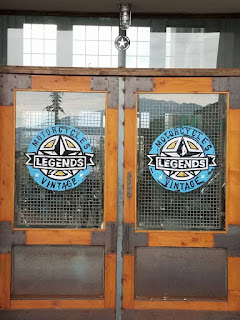 (From the pages of the Internet) 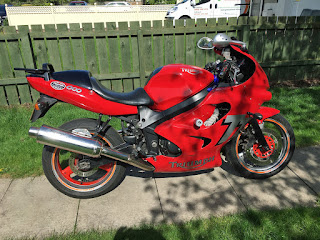 Took the wee Triumph TT600 for an MOT (annual inspection) after work this evening. Unfortunately, it failed, as the examiner considered the tyre below minimum limit. 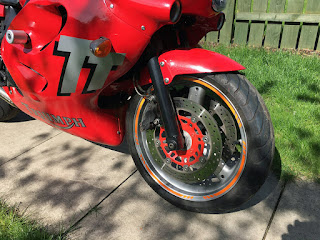 It's fitted with one of those race-type tyres with the grooves at the edge and little or no tread on the centre strip. I've had problems with similar in the past which is why I never fit them myself. Oh, well. Guess I'd better order a new tyre up.


Edit:   I can’t get the front spindle out to change the tyre once I get it as I don’t have the right size spindle tool or Allan key. Needless to say there isn’t anything remotely useful in the ‘full too kit’ that comes with the bike. I mean, of what use is a tool kit doesn’t allow you to take the wheels out?
I’ve had three Triumphs now. And every time I need to get the wheel spindles out I need to buy yet another different sized tool than the one I bought for the last one. Each gets used about twice.
I then spent a frustrating time driving around to various tool stores without finding the size I need, and bike shops, obviously, don’t want to stock anything that helps you do the work yourself.
Now I need to order one online and wait for it to be delivered.
*Grumble, Moan, etc…… 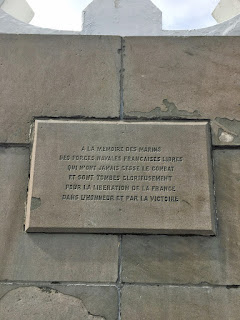 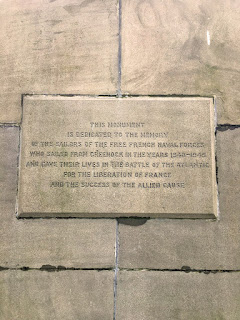 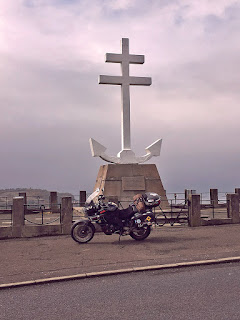 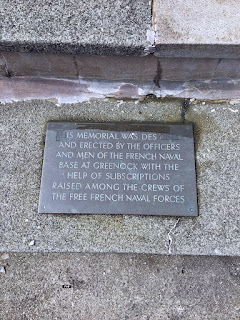 Email ThisBlogThis!Share to TwitterShare to FacebookShare to Pinterest
Labels: Italian Motorcycles, Monuments, Out & About

Right. First camping trip of the year. Finally tracked down all my kit, loaded up the bike and set off.

Fairly straightforward run over to the west coast, where I caught the ferry over to Dunoon. On the ferry I noticed a couple pointing at the pannier on my bike and smiling.

When they saw I’d seen them the woman indicated the MZ sticker and explained in halting English that her husband used to work at the factory at Zschopau (in the former DDR). He was glad to see people were still interested in the bikes he used to make. It’s a smaller world at times than we realise. 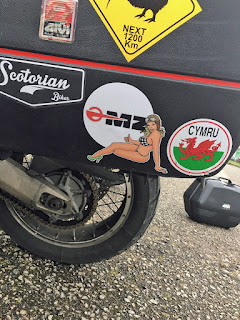 The remainder of the ride was along the coast and through some spectacular scenery before arriving at the Tighnabruaich Hotel right on the coast.

As is the norm at these events there is a good mix of old and new bikes, and as always, a chance to catch up with people you've not seen for a while. 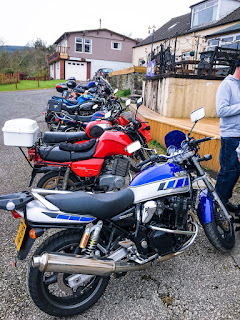 A couple of nice old classics turned up, one British the other Japanese, as well as a bunch of the aforementioned MZs from (East) Germany. 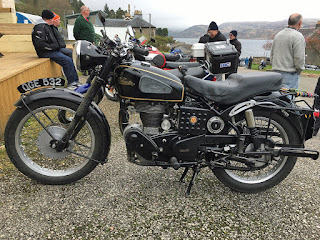 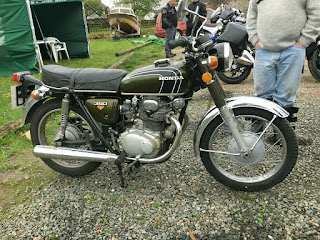 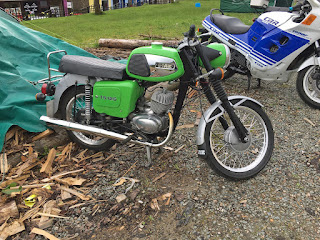 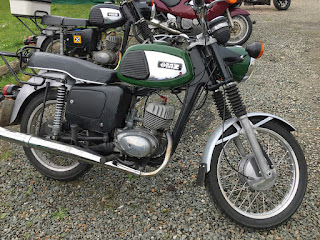 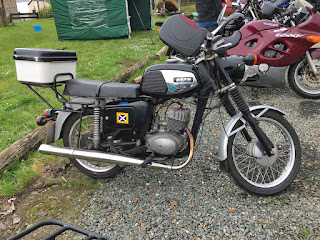