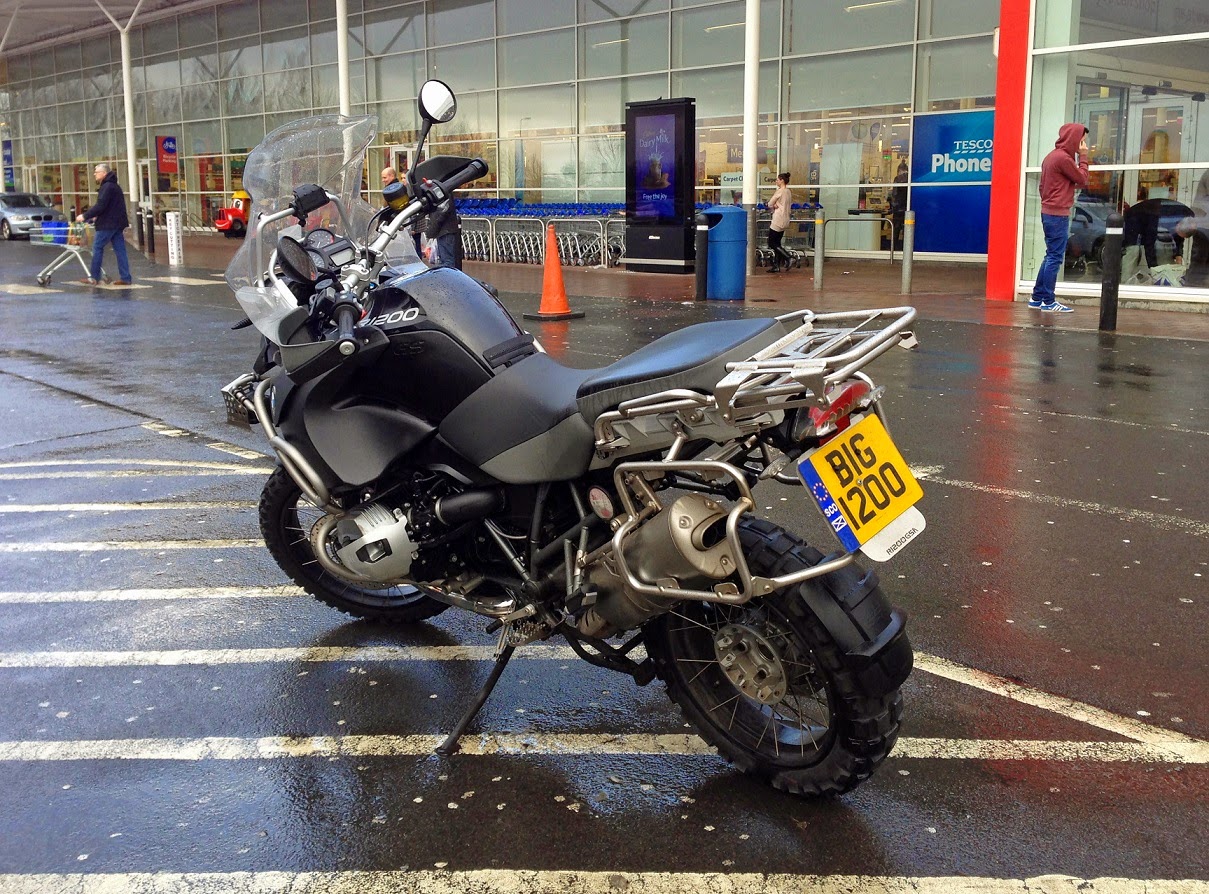 Interesting 'plate on this BMW
Posted by mr.combo at 21:43 2 comments: 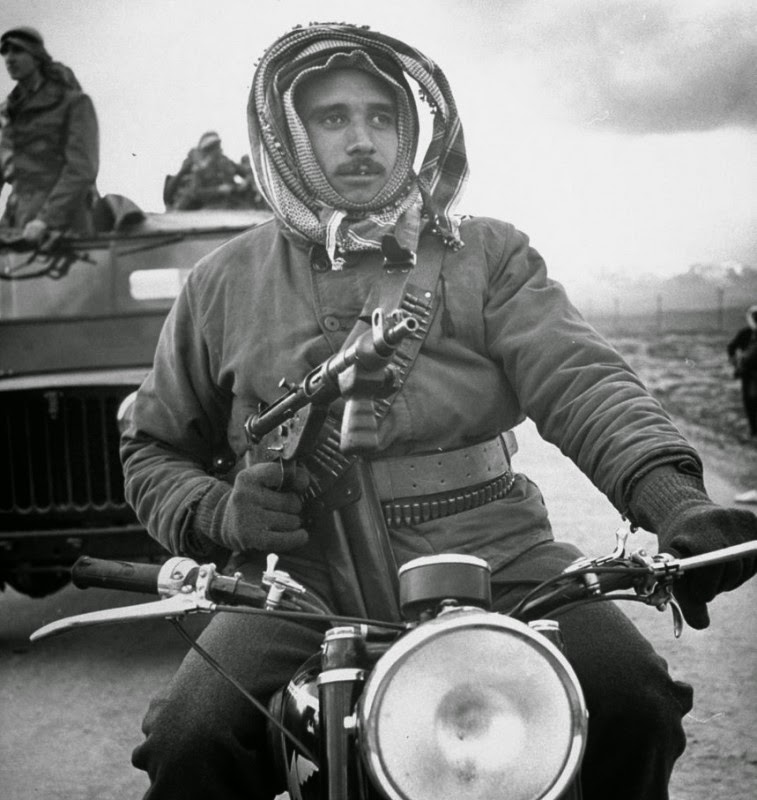 (From the pages of the InterWeb) 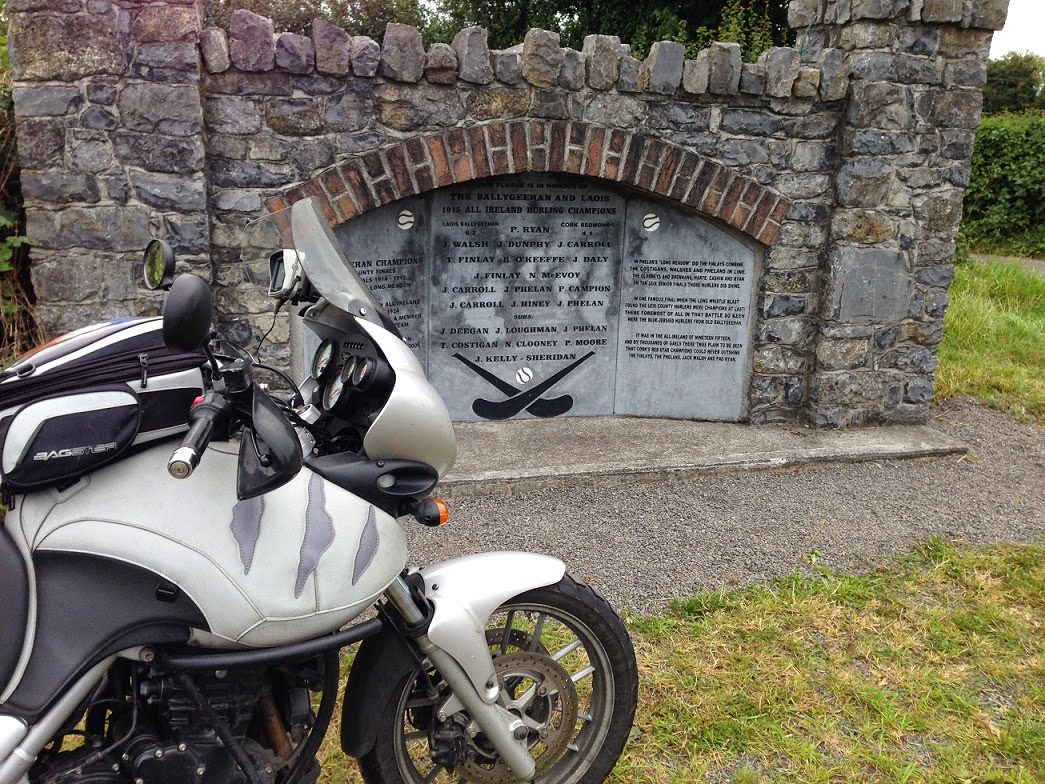 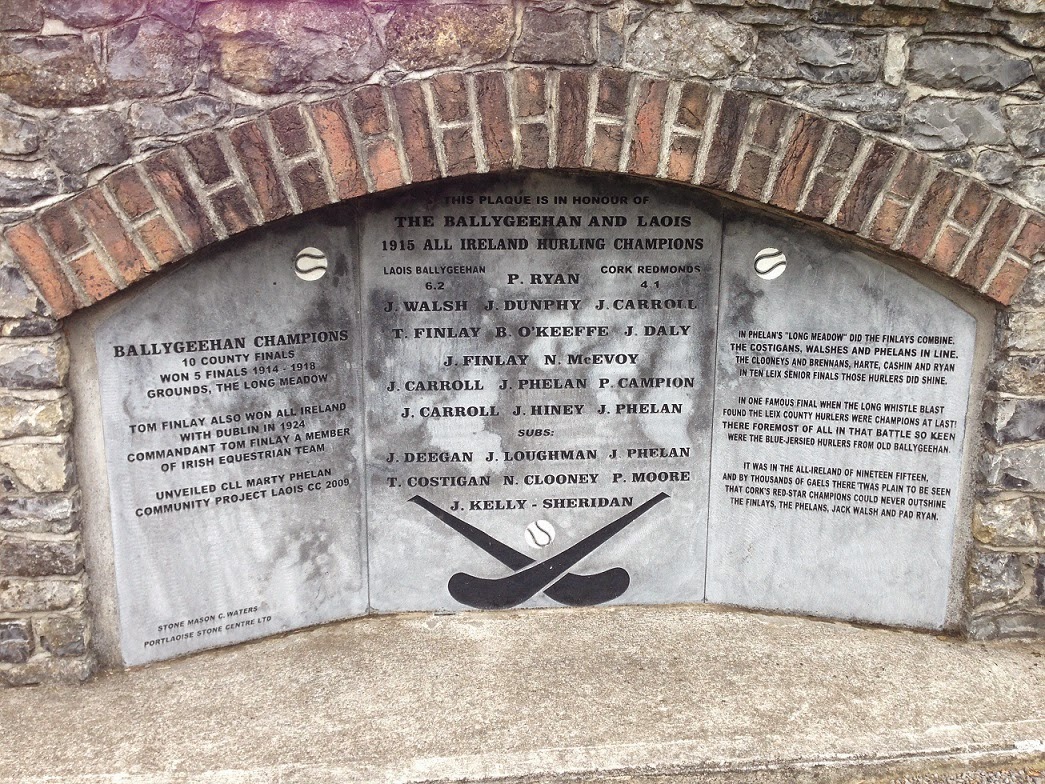 Email ThisBlogThis!Share to TwitterShare to FacebookShare to Pinterest
Labels: Miscellaneous, My Motorcycles, Out & About, Overseas, Statue/Roundabout, Triumph Motorcycles 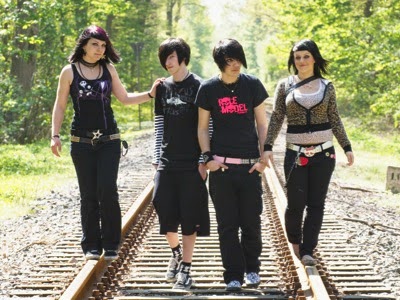 While in Ireland I found the perfect place for these guys to hang out. 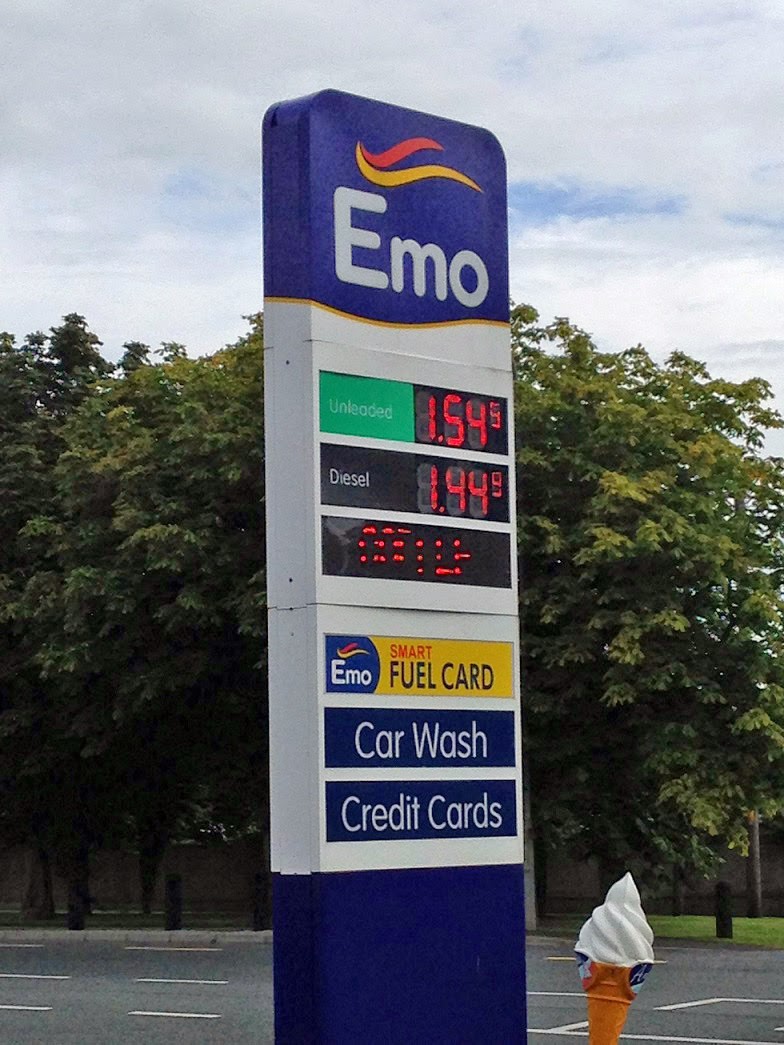 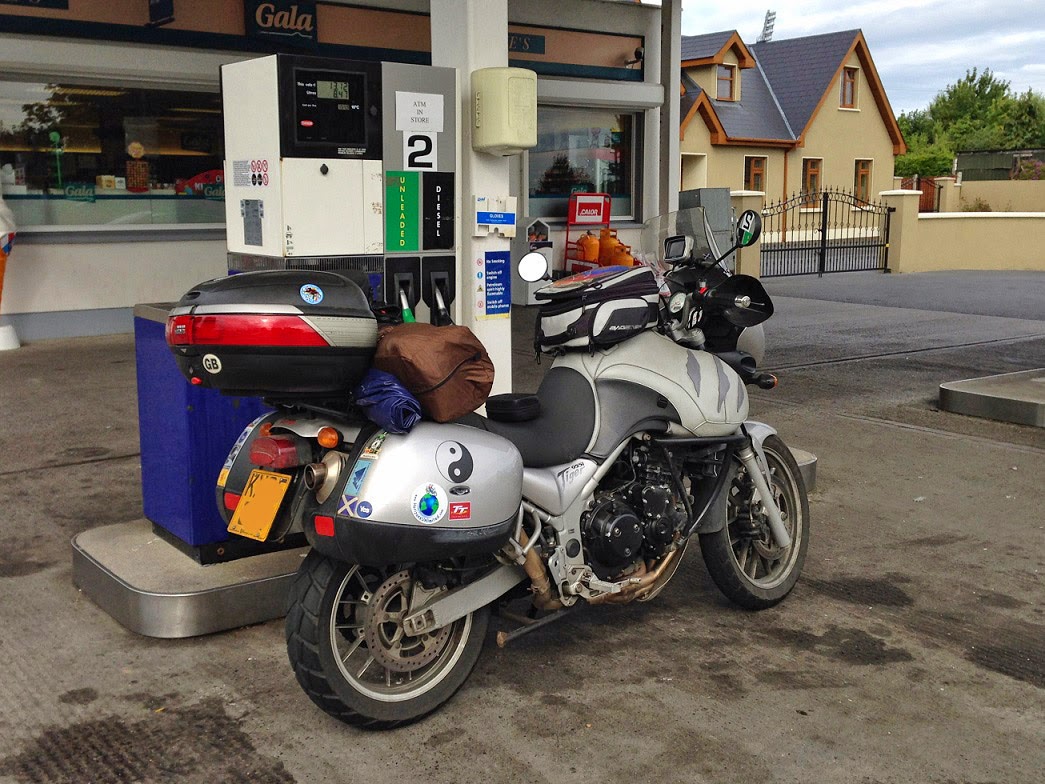 Email ThisBlogThis!Share to TwitterShare to FacebookShare to Pinterest
Labels: My Motorcycles, Out & About, Overseas, Triumph Motorcycles 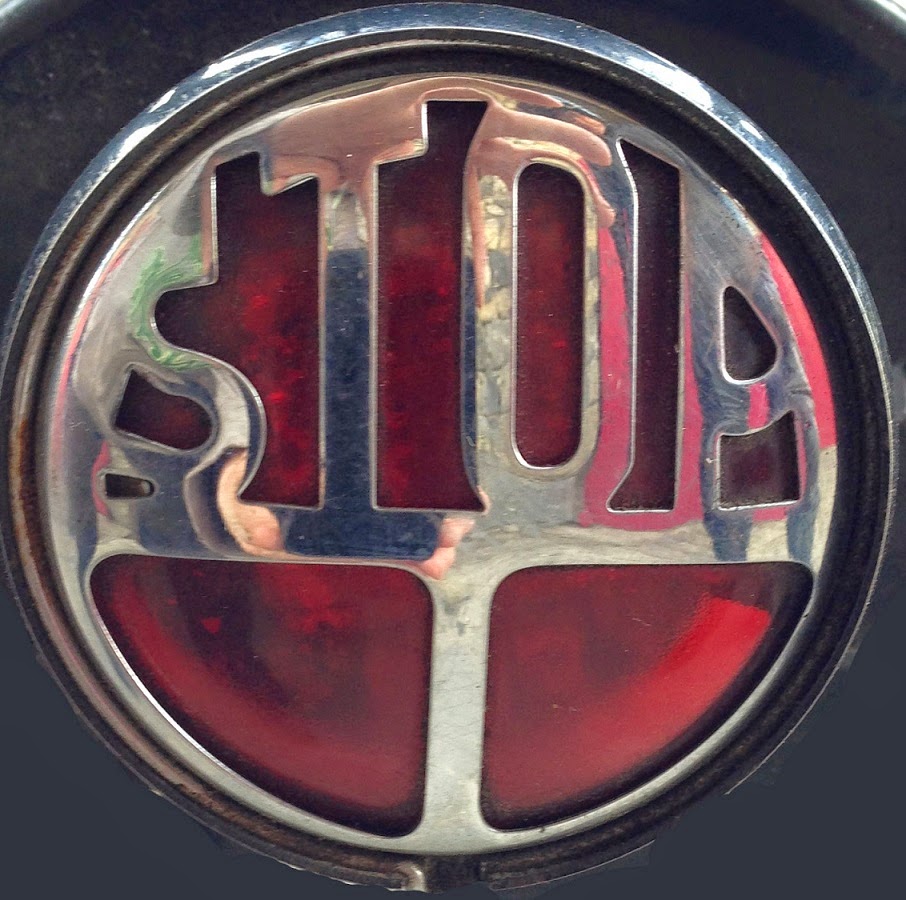 Up Up And Away


After disembarking from the ferry back from Ireland, I decided that I couldn't face another couple of hours on the motorway and, as it was a pleasant sunny evening, I headed towards the smaller A71 instead.

I've gone this way before as it runs pretty much all the way to my home outside of Edinburgh. While it does take a bit longer, it's a much more pleasant run if you're not too pushed for time. It snakes through the countryside and a number of small towns and villages and is, in my opinion, infinitely preferable to sitting on a motorway any day of the week. 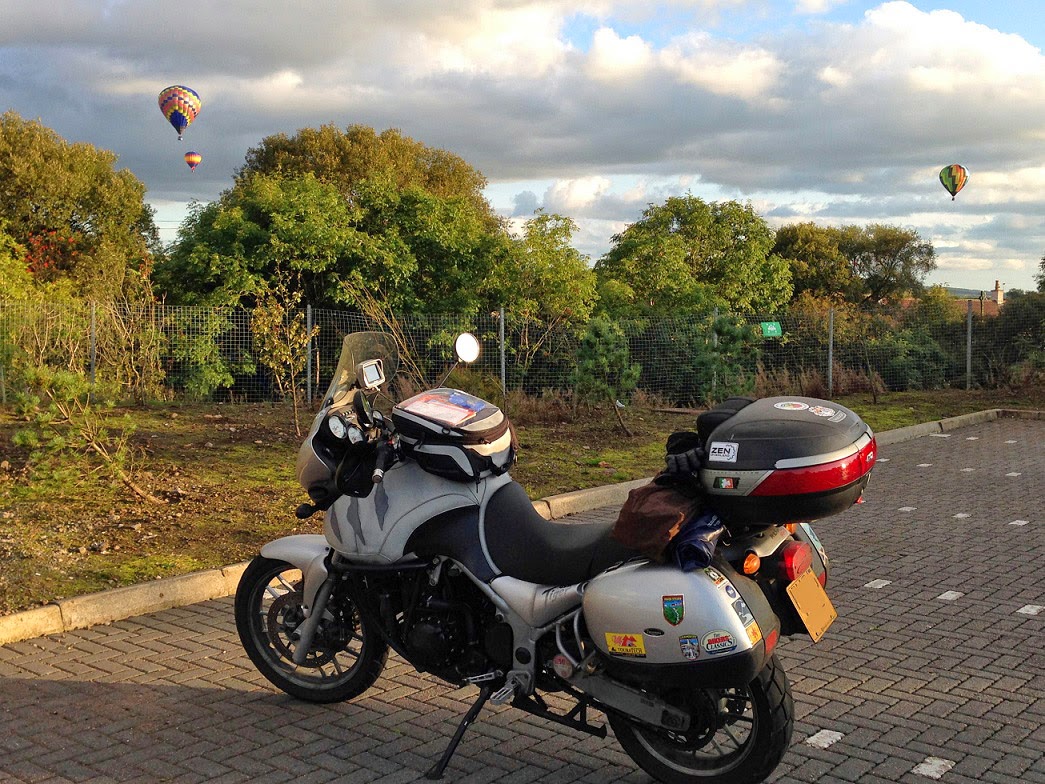 My decision was soon rewarded when I spotted some hot air balloons low in the evening sky. They made a tantalising distraction as I whizzed along between the hedgerows, appearing and disappearing between the trees. Also, every now and again you'd catch a glimpse of a pillar of flame in the sky when they used their burners. 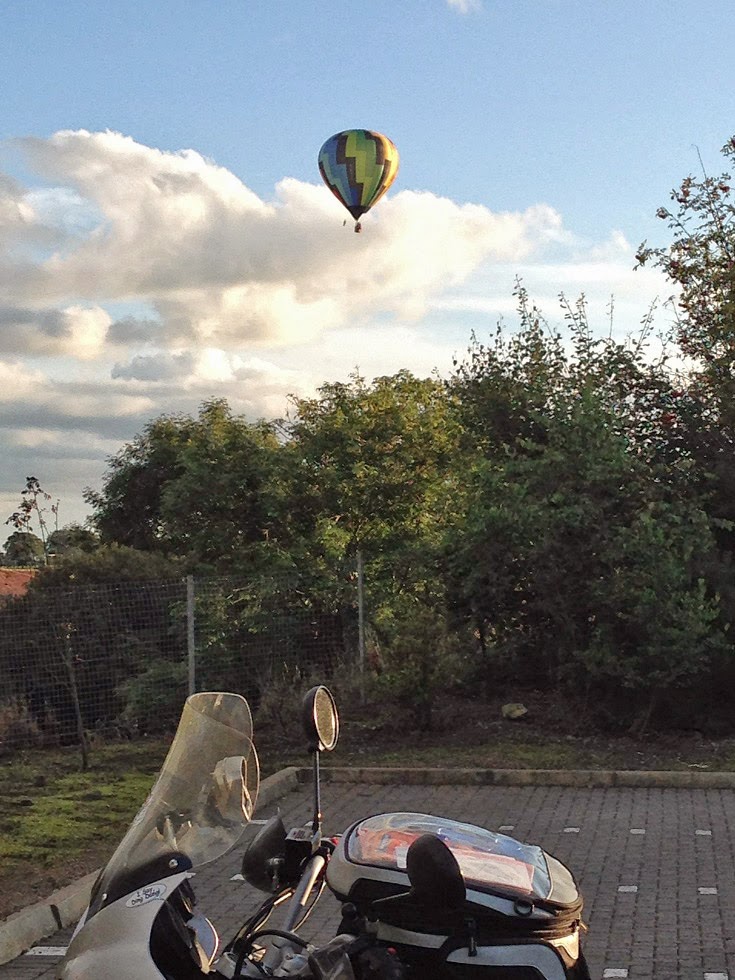 I found somewhere to park up and took a few snaps. The pictures here don't really do them justice as they were much bigger and more colourful in real life. 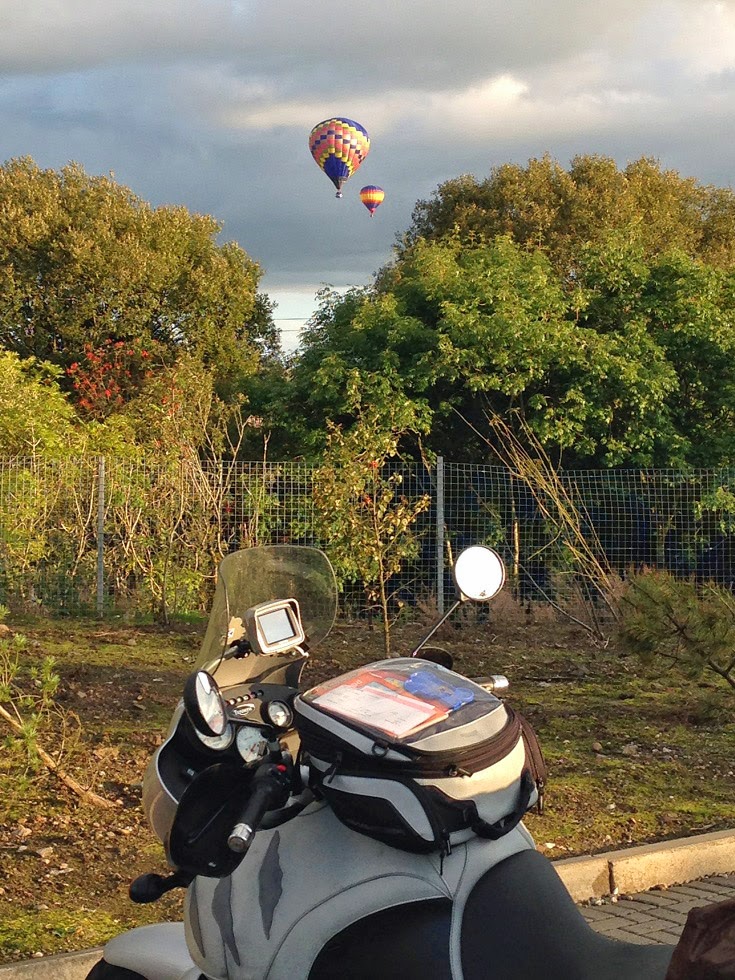 Excitement over, I pointed the bike homewards and for the rest of the trip I felt  that I was racing just ahead of the sunset, with ever lengthening shadows and the sky a wonderful array of pinks and golds.

All very dramatic stuff, and somehow a suitable end to a very relaxed and enjoyable weekend away.

Email ThisBlogThis!Share to TwitterShare to FacebookShare to Pinterest
Labels: Miscellaneous, My Motorcycles, Out & About, Triumph Motorcycles 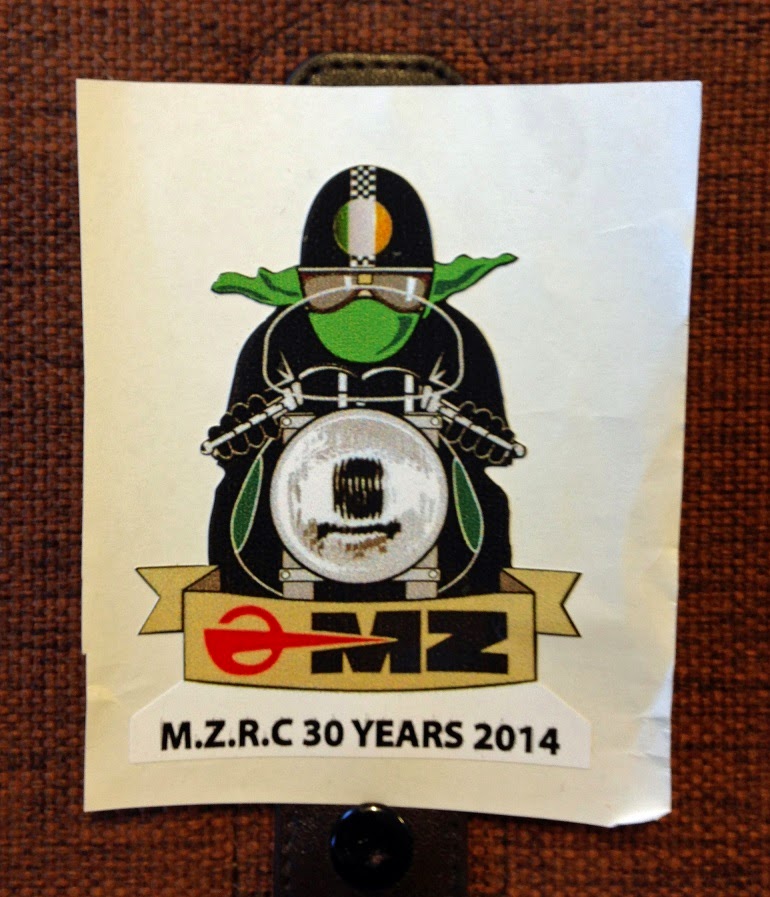 Ireland beckoned for my second, and probably my last, trip overseas on the bike this year. A good long run down to County Laois for a weekend away with the Irish section of the MZ Riders Club and friends.

It's fairly involved getting there due to ferry schedules and the distances involved. I left home at 7 am on Friday morning, arriving on site at around 5.30 pm. As it was dry and sunny for much of the trip this wasn't too much of a chore, but I have done it in the rain, and let me tell you, over six hours riding with two-hours of enforced inactivity in wet clothing on a ferry in the middle does make you wonder why you bother.

However, back to the main event.

Friday night saw us pile into taxis and head for Durrow and Bob's Bar. This is a fair-sized pub with a number of 'snugs', or semi-private rooms. We blagged one of these early on and spent the evening in a room dedicated to Sergeant Jack Moyney, a local hero and winner of the VC (Victoria Cross). They even had a rifle in a glass case on the wall.

It was all a bit surreal sitting in a wee room the walls of which were covered in memorials to him and to others who had fought for King & Country when Ireland was just another part of the British Empire.

Saturday afternoon saw the usual organised ride-out, something I generally avoid as I don't really like riding in large groups, too easy to get separated. So, I just dossed about for the day, relaxing and catching up with those folk who stayed behind.

The evening was spent just eating and drinking in the hostel and, as this was the rally's 30th year, there was even cake. 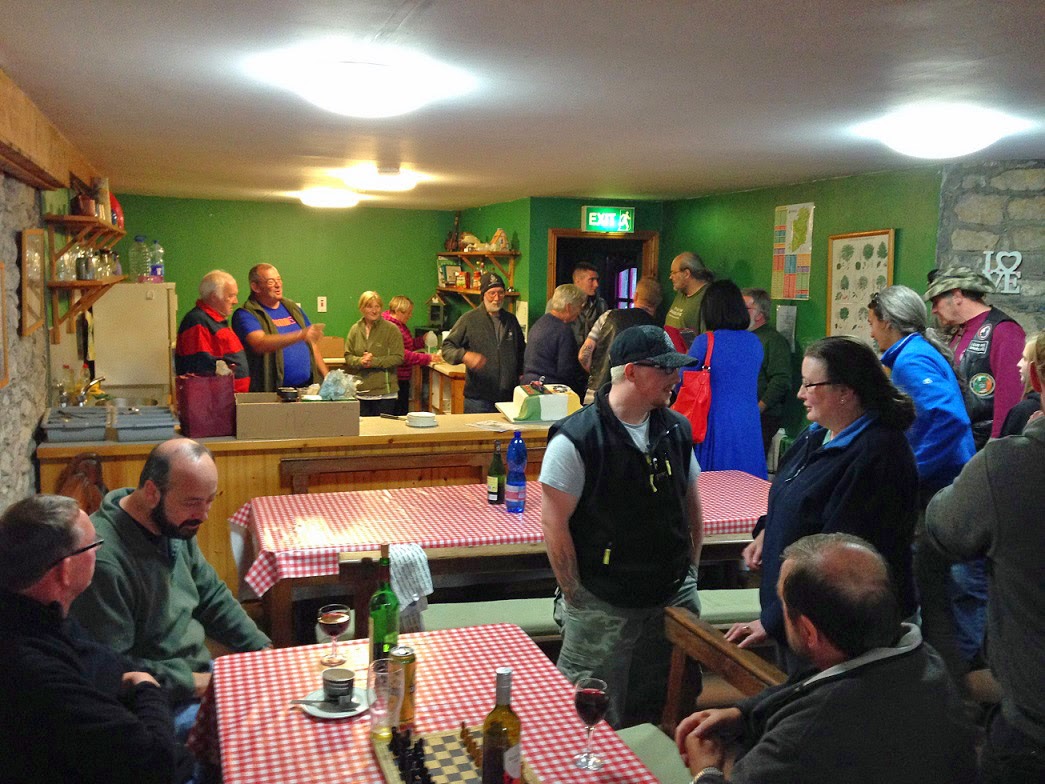 All too soon, it was over for another year. Will there be another rally there? I certainly hope so, but no one seems to know for sure as the organiser, Big Jim, has decided to resign as local area rep and take a back seat on the organising front.