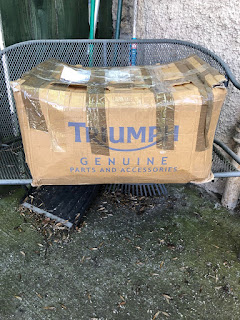 As suspected, the cruiser is difficult to ride at motorway speeds as the wide handlebars and lack of any protection from the wind makes for an uncomfortable and tiring day in the saddle. 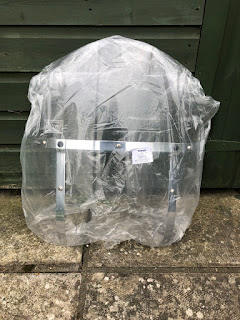 While I was away in Ireland the Triumph ‘Roadster’ windscreen I had ordered was delivered. This is an officially licensed spare part and would ordinarily have cost an arm and a leg but I was lucky eough to find an unused one for sale on eBay from a dealer in the north of England. 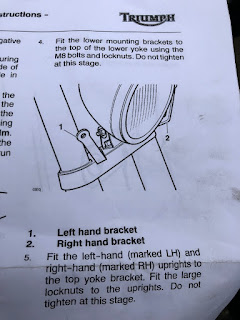 Fitting it should have been straightforward, it was a genuine part after all, however, as seems to be the norm these days it didn’t quite fit as advertised, needing a few ‘adjustments’ to the bracketry before I could get on with it. 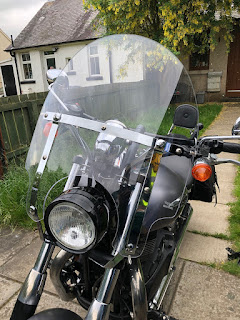 The end result looks quite smart and the screen does a decent job of deflecting the wind off of my chest at higher speeds. 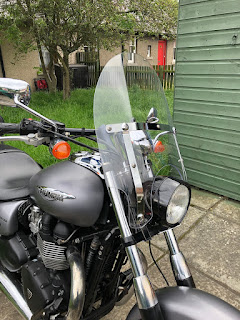 Next up is a six-hundred-mile round trip to Wales and back. I guess I’ll be finding out just how much difference a screen will make shortly. 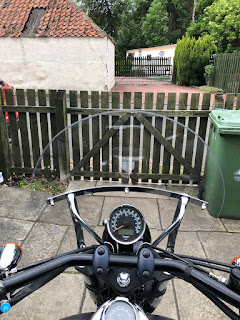 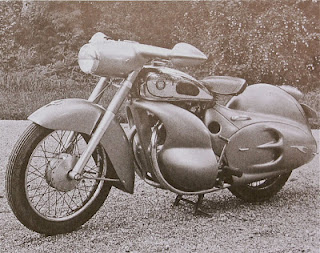