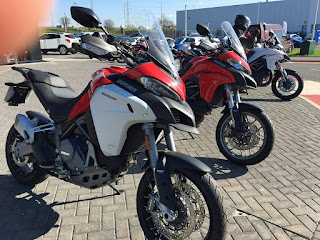 Since the idea of getting a cruiser seems to have passed for the moment I’m back looking at more big adventure tourers, this time the Ducati Multistrada 1200 & 950. Both are more than capable machines for long-distance travelling. 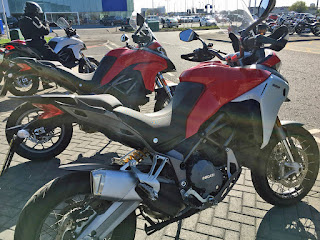 Email ThisBlogThis!Share to TwitterShare to FacebookShare to Pinterest
Labels: Italian Motorcycles, Out & About 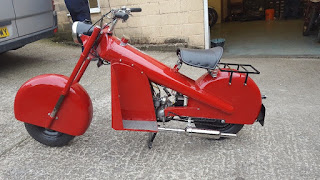 Spotted on eBay, this is a really unusual and rare little lightweight machine. It’s a 1951 Bond Minibyke, which uses a 98cc Villiers two stroke engine. 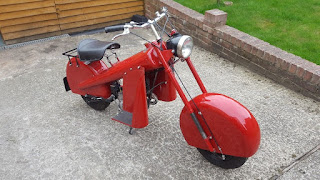 These were designed and made by The Bond Aircraft & Engineering Company Ltd. Towneley Works, Longridge, near Preston, the same firm who produced the Bond mini cars, Bond bugs, and the Bond Equipe amongst other things. 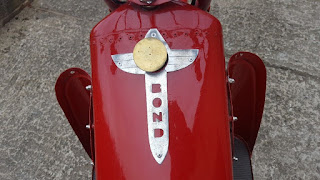 The man behind this firm had an aviation design background and wanted to produce something lightweight and unusual in design. The body is therefore entirely made of alloy. 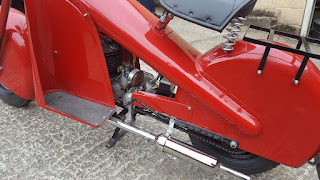 This one has been fully restored, a task made easier because all parts and spares for Villiers engines / electrics are still freely available. 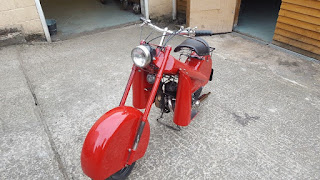 These little machines were unique and unusual in their day. They appear to have been produced between 1949 and 1953 and approx. 520 of this type were made in total during that period. 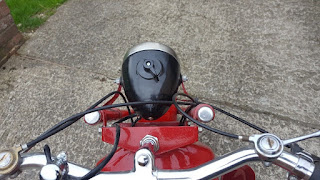 Survival rate has been low and there are perhaps a few dozen left in existence or possibly less. 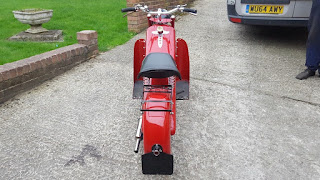 Later on they used a 125cc JAP engine, which is apparently easy to fit as an upgrade should you require a little extra horsepower. 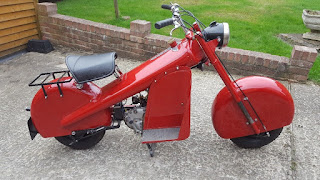 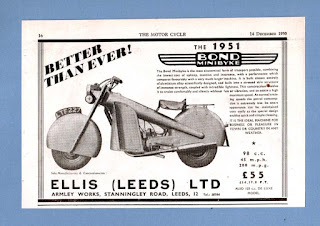 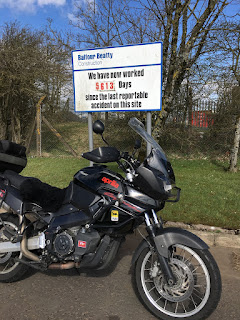 Email ThisBlogThis!Share to TwitterShare to FacebookShare to Pinterest
Labels: Italian Motorcycles, My Motorcycles, Out & About

As it doesn’t look like I’m going to get myself a cruiser-type machine any time soon I’ve returned to looking at adventure-tourer bikes. 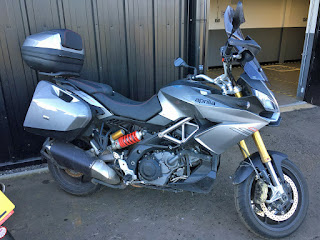 I like the look of the KTM Adventure, the Ducati Multistrada and Guzzi's Stelvio, and then there’s this very smart Aprilia Caponord 1200 with matching luggage that I spotted when I was at the local Triumph dealers having a look at their new Tigers. 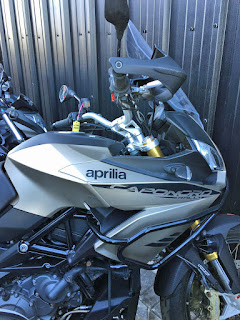 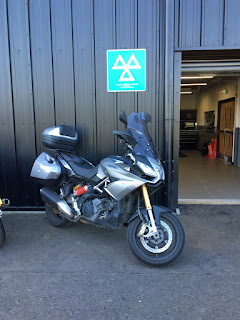 Email ThisBlogThis!Share to TwitterShare to FacebookShare to Pinterest
Labels: Italian Motorcycles, Out & About, Petrol Tank

Yesterday I tried something a little bit different on the bike front.  I took an Indian Scout 60 for a test ride. At this point I must admit that I had pretty much decided that unless I really didn’t like it that I was probably going to buy one. 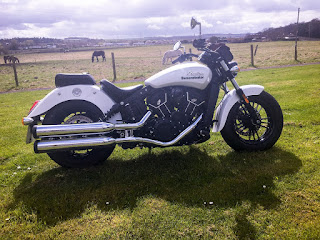 First thing you notice is that it’s quite small, well, everything is small when you step down from a Caponord, so that was to be expected. It’s also a no-frills sort of machine with its single saddle, single clock with LED inserts for everything but the speedo, and no capacity for carrying much more than a tool roll. The ‘bars are wide and the riding position different to what I’m accustomed to. 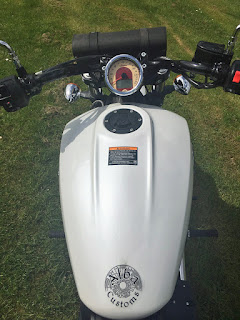 Initially, however, I really enjoyed flicking it around on the back roads. It was when I took it onto the motorway that things changed. The wide bars and no fairing mean that maintaining something like 70 mph is really hard work. I now know why I keep coming across cruiser types riding along at about 60mph, it’s just much more manageable. 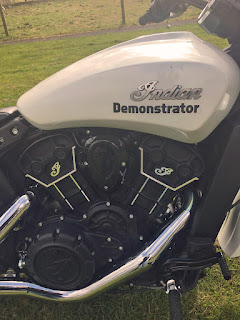 After an hour or so I became aware that the seat was getting increasingly uncomfortable. Combined with the extremely hard suspension, another half an hour saw me need to get off and walk about a bit. 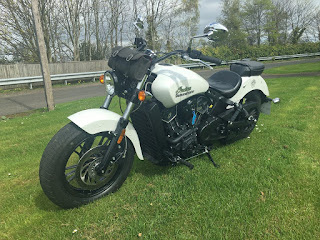 So, in the end I decided against getting one. It seemed rather silly to contemplate getting rid of the Aprilia, a big comfortable touring machine and replace it with something that would need a lot spent on it to do the same job half as well. If I had the money and the space I would probably have one for bimbling about on, but as a main bike it just wouldn’t hack it for the type of riding I mostly do. 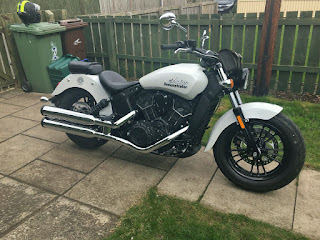