I came across a stack of flyers for assorted Soviet-era bikes sold by Neval Motorcycles of Hull and thought that I'd post them here as someone might be interested. 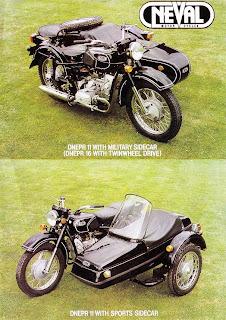 This first one is for Dnepr 650 sidecar outfits. Pictures on the front and specifications on the rear (click photos for larger sizes). 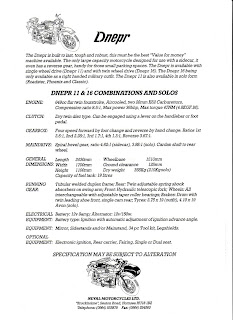 I was interested enough in these bikes that I eventually bought a Dnepr MT11 solo from Nevals, but that's a story for another day.
Posted by mr.combo at 21:20 2 comments:

In the image stakes there is really only one winner here. 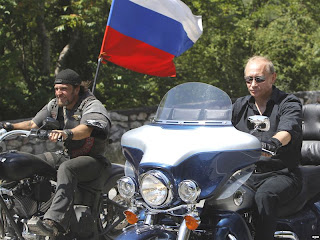 This is the Prime Minister of Russia, Vladimir Putin riding with the Night Wolves motorcycle club. 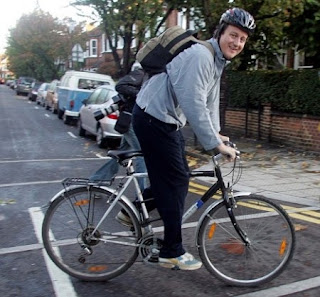 This is British Prime Minister, David Cameron riding a pushbike and wearing a safety helmet.
Posted by mr.combo at 20:16 No comments:

Applecross 2011, a set on Flickr.
Some photos from our recent weekend at Applecross. Norrie has already done a write up on his blog so I thought that I'd settle for posting some pictures.

The bike-mounted camera that I'd mentioned here didn't work out as well as I'd hoped, so most of these photos were taken while stationary. As well as the vibration from the engine, the auto-focus couldn't cope with anything much above 20 mph. Too much information to process, I guess, as well as whatever it was trying to focus on moving about too much. So, back to the drawing board on that, I'm afraid.

It was handy, though, to have the camera right there, rather than having to dig about for it. But still, a bit disappointing nonetheless.
Posted by mr.combo at 21:40 6 comments:

I came across this wonderful photo of a Minsk 125. 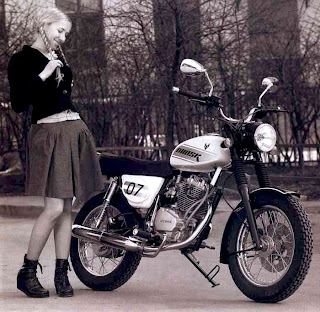 I like the fact that the sidestand doesn't actually reach the ground in the photo.
Originally manufactured in Belarus in the former Soviet Union this is a small 125cc two-stroke motorcycle based on the pre-WWII DKW RT125 design much copied after the war by the Allied powers. 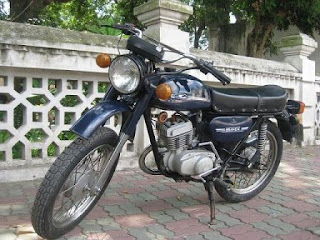 They are tremendously popular in Vietnam for some reason. The book, Sparring With Charlie by Christopher Hunt details his attempt to ride along the old Ho Chi Minh trail in Vietnam on his newly purchased second-hand Minsk 125.
The Hanoi Minsk Club has an interesting website should you be interested in learning more about these small machines.
Posted by mr.combo at 19:48 No comments:

I came across this shot taken on a trip to the Isle of Man a few years ago for the Southern 100 races. 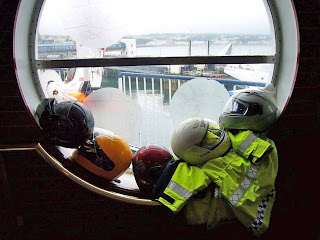 This is from inside the Isle of Man Steam Packet ferry on the trip back. That’s Douglas through the round window.
Posted by mr.combo at 08:48 1 comment:

Colour coordinating your outfit with your ride is nothing new, it seems. 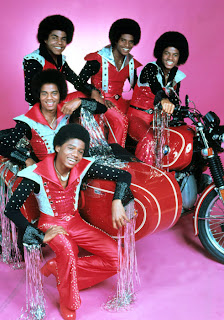 This is from the 1970s, and shows pop group The Jackson Five (Michael is the one on the far right) in a photo-shoot with a BMW sidecar outfit.

Someone somewhere thought that this was a good idea.
Posted by mr.combo at 19:06 3 comments: 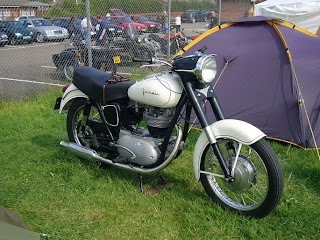 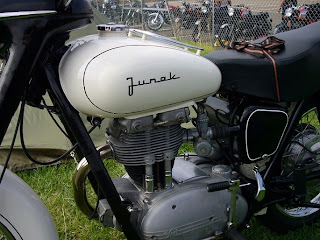 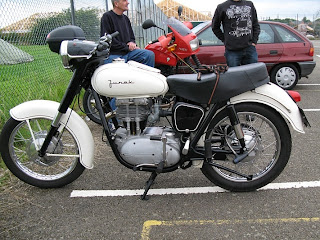 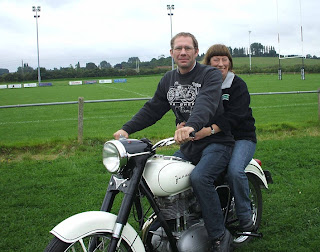 2008 saw a record turnout of over two hundred machines including, like this one, a large number from overseas.
The next such event will also take place in Market Harborough in 2012.
Posted by mr.combo at 19:59 1 comment:

Found these two albums by Led Zeppelin in my local Tesco supermarket for the princely sum of three quid each. 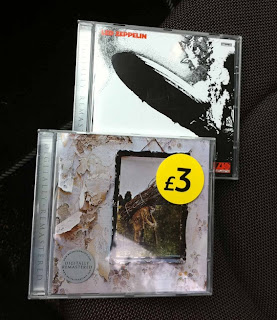 Usually the cheapo CDs are by acts I’ve never heard of; spotty yoofs with pointless haircuts wailing about how life is so unfair.

This is proper music for all us old crusty rock dinosaurs.
Posted by mr.combo at 17:42 7 comments:

On my recent adventures I took loads of photos, but there were times when I couldn’t pull over, and so I missed many more than I took. If only I could take photos as I rode along. 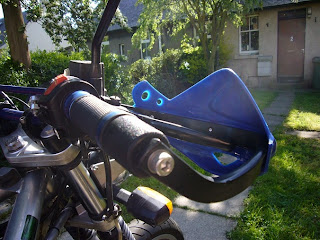 At one stop I tightened the bar-end weight up considerably on the throttle side. The idea was to create a sort of friction damper by having the end-cap push against the throttle grip. This would stop the throttle snapping shut once I let go. I’d done this on my outfits years ago as form of cheap ‘cruise-control’. This allowed me to take some photos while in motion. The results were, erm, mixed. A few good shots and many more rubbish ones. 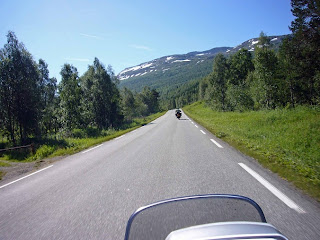 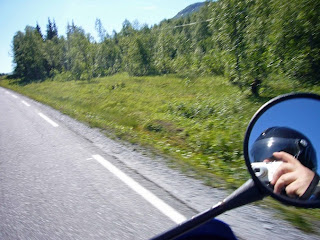 If only I could actually mount the camera to the bike to stop it waving around and spoiling the shot.
Once back I scoured the interweb and found that Ram-Mount did indeed produce a mount for your camera. I ordered one up and it arrived yesterday. 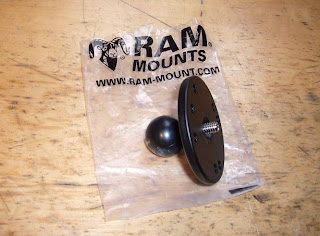 As you can see, it’s basically a plate with a screw fixing for your camera and a 1” ball on the back. 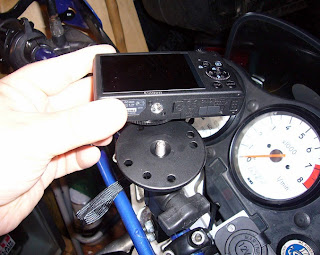 You screw your camera to the plate using the universal screw mount on the bottom of most cameras, both still and video. The plate is, in turn, clamped to the bike using standard Ram Mount fittings. 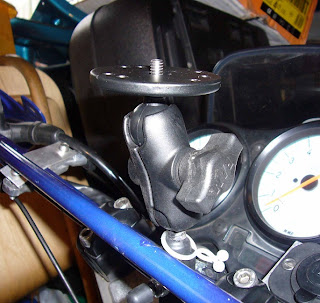 I used the existing kit that I’ve been using for my Sat-Nav (Tom-Tom Rider II) to get an idea of how it would all work in practise. I’ll need to figure out the best place to position it for actual use. 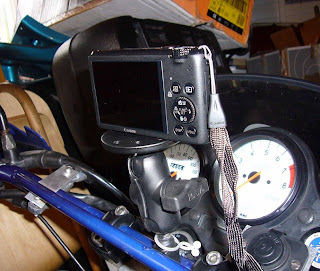 As you can see the camera is now mounted facing forward and it should be easy enough to take some pictures as I ride along. 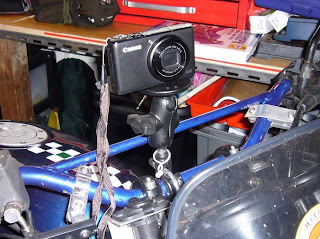 I’m going to Applecross  in the Scottish Highlands in a couple of weeks and should have everything sorted out by then. So, I’ll take some photos with the new camera set-up and report back on how it all worked out, or not.
Posted by mr.combo at 11:03 2 comments: 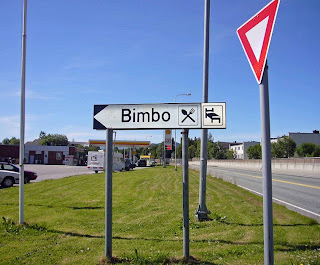 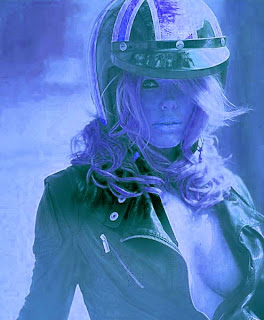 This is actually a photograph. This is what happened when I played about with it with Photoshop.
Posted by mr.combo at 18:14 No comments: 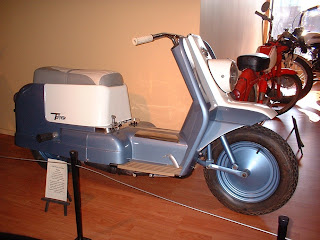 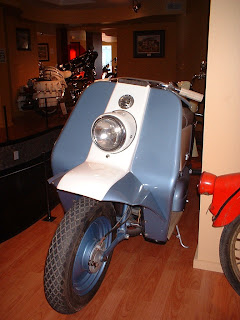 This was probably the most popular t-shirt I ever produced for the MZ Riders Club, and it doesn't even mention the club at all. 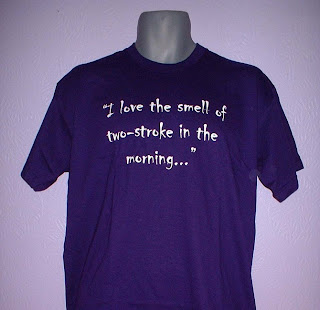 You either loved it or hated it in the original Purple. It also came in Grey, Black or Red.
Posted by mr.combo at 20:00 3 comments: