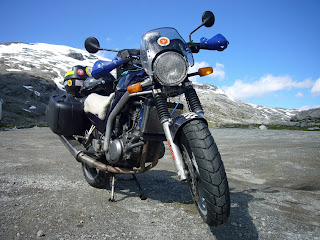 Our time in Norway was mostly spent in bright sunshine, in idyllic surroundings, and was a generally positive experience. I did wonder about leaving things like that and not mentioning the problems we had on the return trip. However, on reflection, I reckoned that, since you have to put up with the bad along with the good, I should cover that as well. Otherwise you wouldn’t be getting the full picture. 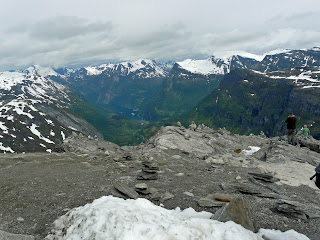 Do I regret going? Not at all. We had a fantastic time in Norway. It is a beautiful country with friendly people and scenery reminiscent of the Scottish Highlands grown large. The roads are perfect for motorcycles and, outside the few big cities, mercifully quiet.
Would I do it again? No, I don’t think so. Until they reinstate some sort of direct ferry link from the UK to Norway I wouldn’t recommend going on your bike as we did. It’s really too far to travel to get there and back, and takes too long. Around half of our holiday was spent just getting to where we wanted to be, and the long haul through Germany was thoroughly unpleasant, as all you did was travel exceedingly fast on the motorway for hours on end at the mercy of idiot drivers and the weather.
However, we both agreed that Norway was somewhere we’d like to go back to and a fly/drive holiday with family might be on the cards at some time in the not too distant future. 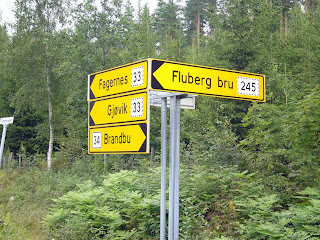 So, I'm not saying that I'll never be back; just that it's unlikely to be on a bike any time soon, I'm afraid.
Posted by mr.combo at 19:21