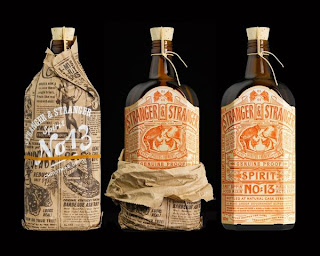 Today's odd vehicle is the Can-Am Spyder Roadster. I spotted this one outside Edinburgh this morning. I have seen others, but this one was fitted with panniers and looked like the owner was on his way to or from an event. 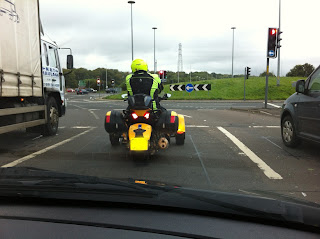 It is an extremely odd machine to follow down the road. The suspension bounces all over the place and the rider was shifting around a lot even though it doesn’t lean like a regular motorcycle. 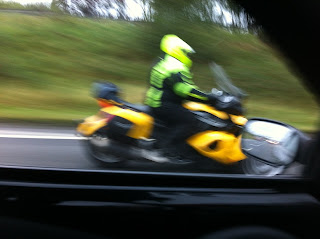 Sorry for the blurry photo, it was taken while I was driving. I probably shouldn’t be doing that, especially as the resultant photo doesn’t appear to be worth the risk. 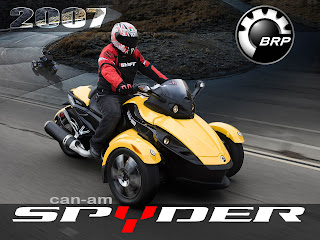 Back in 2010 at the classic motorcycle show at Stafford I came across these three shiny brand-new Norton Commandos, the 961 Sport models, on the New Norton Motorcycles stand, and very nice they looked too in their red, black or silver paint schemes. As you can imagine, they were attracting quite a lot of attention. 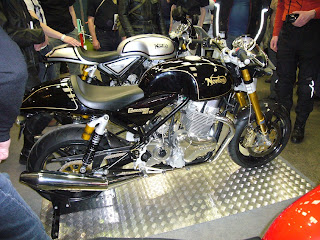 The bikes were not yet available to buy, but you could pre-order one for future delivery. I did remark at the time that Norton had prior form for this sort of thing. Why would anyone want to risk placing an order with yet another reincarnation of Norton Motorcycles for a 15 grand motorcycle, which may or may not actually exist, and with an unspecified delivery date? Hadn't we seen this particular shell-game from Norton before? 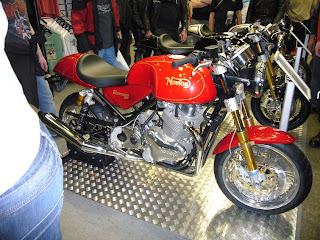 Anyway, a couple of years on and I see in a recent motorcycle magazine that many of the original customers who placed an order with Norton over two years ago are getting progressively fed up with missed deadlines and no bikes to show for their money. Many have requested their money back, and not all of them are getting even that. There are also concerns being raised about the build quality of those bikes that have been delivered.

Well yesterday I actually saw one on the road for the first time. It was black and it sounded glorious as it pulled away from the traffic lights. I think that I might have a better understanding of why folk handed over their money and were prepared to wait so long for something that looks and sounds like that. The fact that it has the name 'Norton' on the tank is another obvious big draw. It's just a pity that the company doesn't seem to have the business accumen or funding to do what Triumph managed to do. 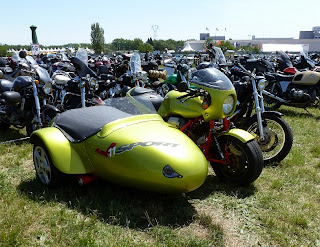 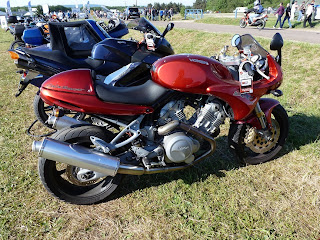 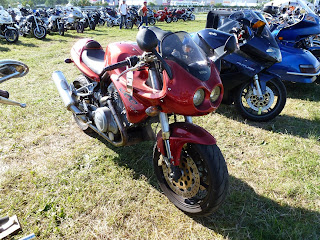 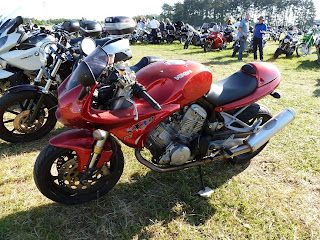 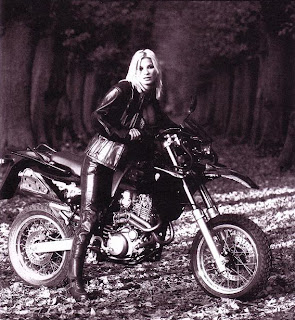 From an MZ calender shoot
Posted by mr.combo at 03:36 No comments: 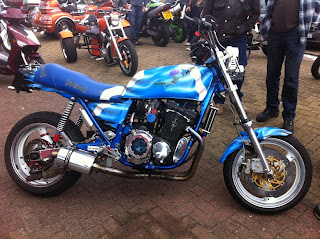 A rather over the top Scottish theme on this particular bike. 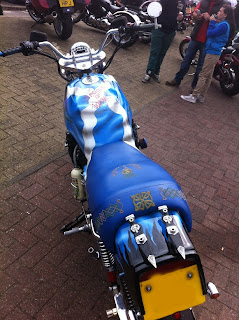 Spotted on Kirkcaldy seafront
Posted by mr.combo at 03:26 No comments:

Another new machine for Saturday morning was this Belgian registered Jawa 660 Sportard. 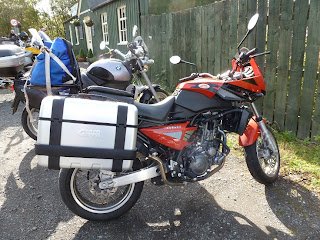 If you're at all familiar with Jawa motorcycles then this is not the first thing that comes to mind when you mention their name. 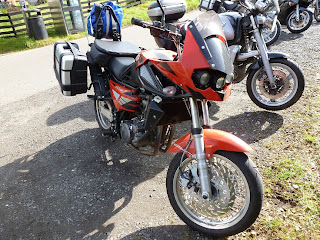 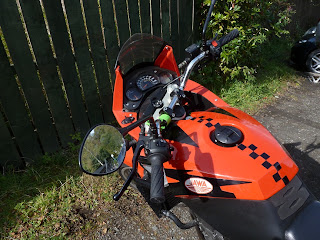 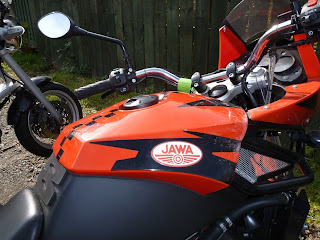 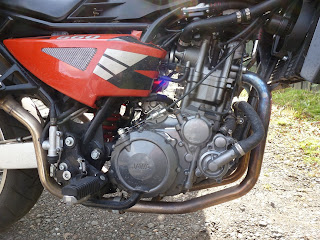 While looking over the bike the owner came over to talk to us. It turns out that he is the importer for Belgium. This particular machine is powered by a Minnerelli/Yamaha engine. There is a fairly decent review here and also a link to Jawa Ireland who actually sell them.

He did say that there are plans for a 1000cc machine in the future featuring Jawa's own engine.