I'll be in Peterborough this weekend hoping to try out a few bikes for size and pick up a few bits and pieces. Pictures will doubtless follow.

Email ThisBlogThis!Share to TwitterShare to FacebookShare to Pinterest
Labels: Event 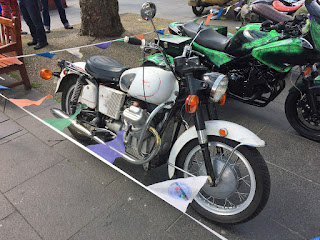 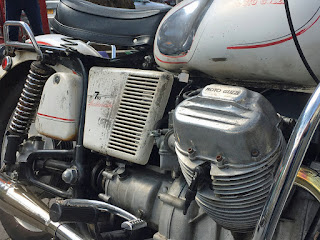 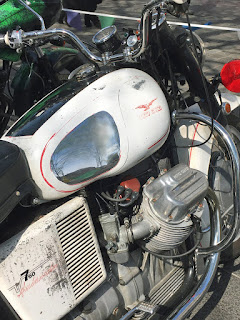 Email ThisBlogThis!Share to TwitterShare to FacebookShare to Pinterest
Labels: Event, Italian Motorcycles, Old Bikes, Out & About 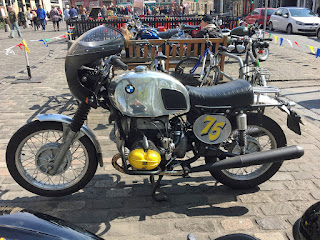 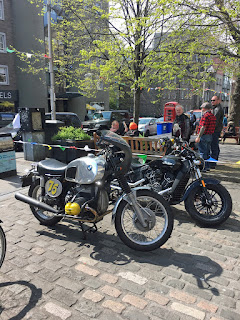 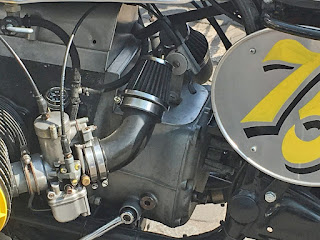 Email ThisBlogThis!Share to TwitterShare to FacebookShare to Pinterest
Labels: BMW, Event, Modified/Custom, Old Bikes, Out & About 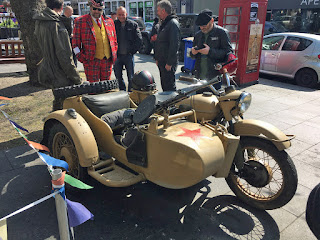 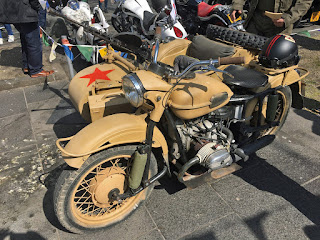 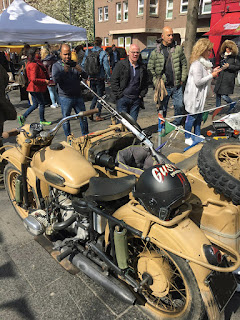 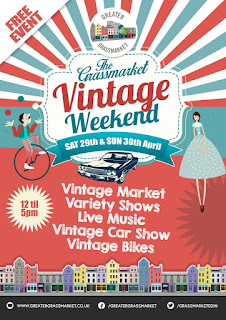 On Sunday I wandered along to a small vintage fair held in the heart of Edinburgh. The main attraction was the advertised car and motorcycle show. I'd gone along to the inaugural event last year which had just cars. This year there were to be bikes too. 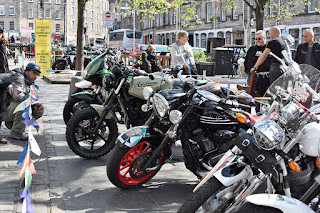 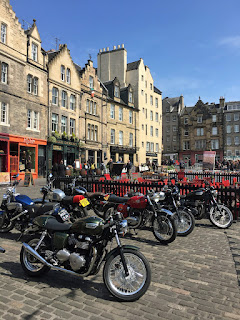 I got there quite early and, although, it was obvious that a few of the exhibitors hadn’t arrived yet there was a nice selection of bikes on show from old Brit bikes, through custom and café racers, to more modern affairs. 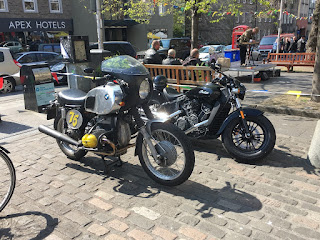 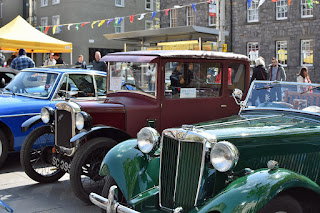 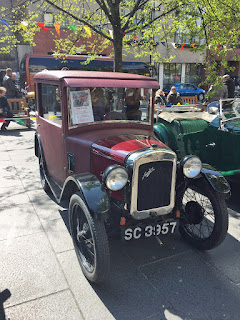 There were a few old cars on display too, mostly old MGs, but I really liked the wee Austin 7 and the tricked out VW camper van. 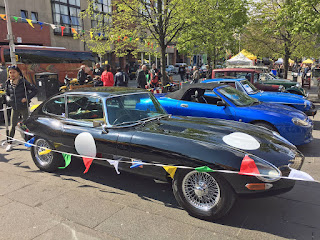 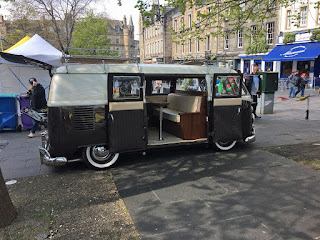 I wandered around taking some pictures and had a natter with one or two of the exhibitors. 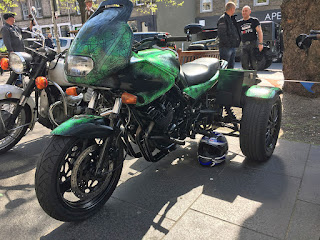 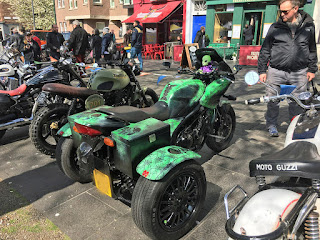 The owner of the green trike you can see was keen to extol the virtues of three wheels to me, not that I needed much persuasion. Although I've never ridden one I'd quite like to have a try some time. 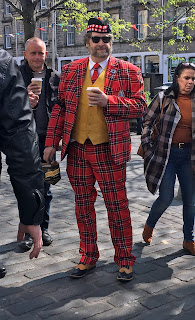 The chap you can see in the tartan suit was signing up participants for this year’s DistinguishedGentleman’s Ride, and there were a number of other ‘dapper’ chaps keen to do so. Also, a large contingent from a local patch club added their own 'colour' to the afternoon’s proceedings. 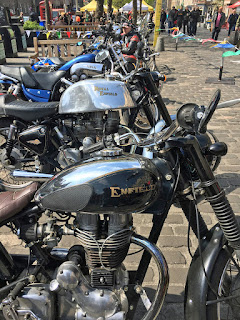 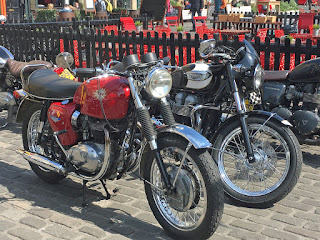 As well as the vehicles there were stalls selling antiques, old books, vintage clothing and the usual assortment of food stalls. Later on there would be music and dance as well. It's a pleasantly 'local' event and very low-key. 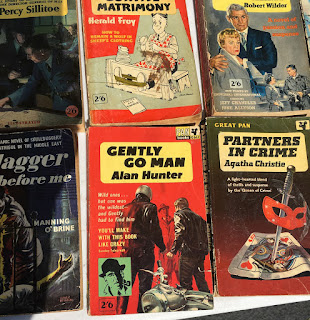 As it gets quite busy after lunchtime I didn't stay long, I made a few small purchases and headed home. 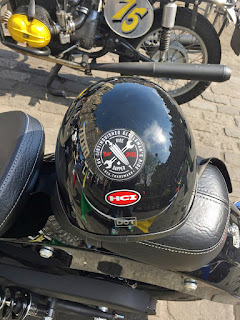