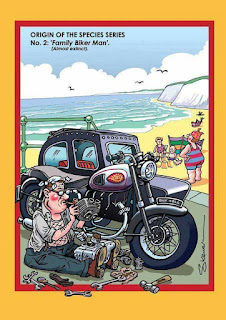 Email ThisBlogThis!Share to TwitterShare to FacebookShare to Pinterest
Labels: Cartoon 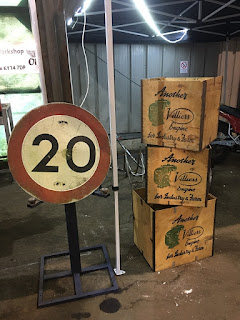 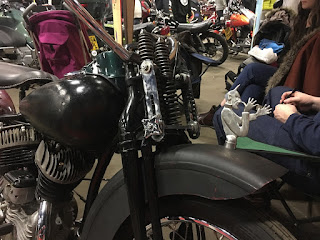 Mascot fitted to the front mudguard/fender of this old Indian and spotted at the Scottish Motorcycle Show. 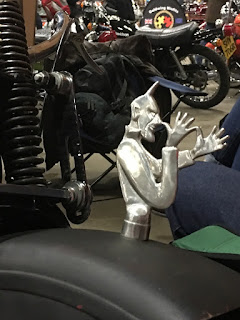 Three And A Half


I had an interesting chat with the guys on the Moto Morini stand at the Scottish Motorcycle Show at the weekend. Nice guys and very enthusiastic about their bikes. 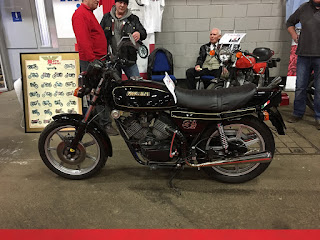 I've always had a hankering after a nice 350 Sport. A friend's brother had one when I was growing up, along with another bigger 500 Maestro. 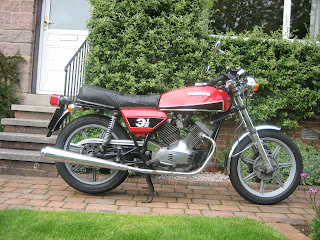 As if to mock me, someone I know has decided to sell his. Why does this always happen when I don't have any money?


Well, Royal Enfield’s new Himalayan turned out to be a bit of a disappointment up close at the recent Scottish Motorcycle Show. 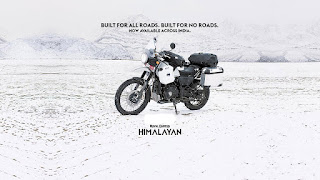 At first glance it certainly looked impressive on the local dealer's stand. It is a full size ‘adventure’ motorcycle, complete with funky aluminium panniers, tank mounted water carrier and a tote bag. However, at 411cc and 24.5 bhp it looks like it would struggle to pull the skin off a rice pudding. 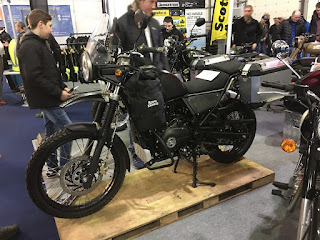 What was it like for size? I don’t know. They wouldn’t let you touch it much less sit on it as it was apparently the only one in the country and it wasn’t theirs.

Price? They don’t know yet. It depends.

What about a test-ride? Yes, one can be arranged, sometime in June, which will be when they get their one in.

I think that I'll give this one a miss for now.

Email ThisBlogThis!Share to TwitterShare to FacebookShare to Pinterest
Labels: Event, Other Motorcycles, Shows


Some photos from the MZ Riders Club stand at the recent Scottish Motorcycle Show. 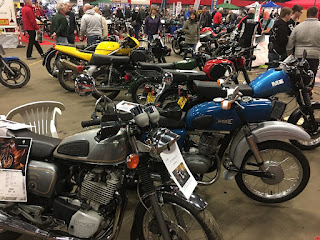 As in previous years they shared a space with the Jawa/CZ Owners Club. 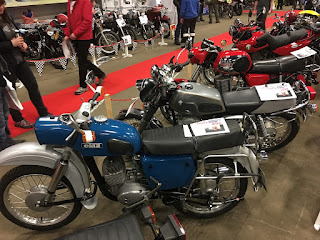 Between them they managed to show a fairly decent selection of East European machines. 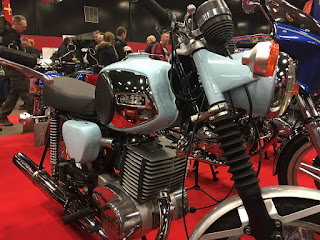 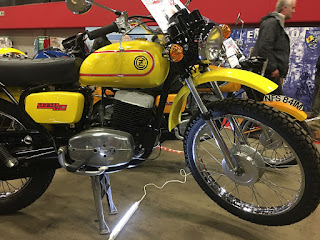 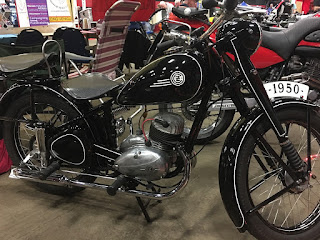 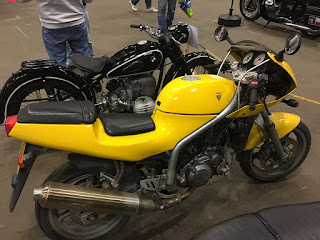 
Another year and the Scottish Motorcycle Show continues to get smaller. Perhaps it’s timing? It is the first major show of the year, but it used to be great. Being so early in the year it was a big deal. You went and looked at all the new models, and bought all those little bits and pieces for your bike that you needed for the summer.

You got yourself a new helmet, or a jacket, or some new boots. Mail order is all very well, but it’s nice to actually try stuff on and see what the quality is like up close. Unfortunately, most of the smaller vendors have been priced away from the show in recent years.

Anyway, this time around it was split into two main halls, with a bit of an auto-jumble (swap meet) linking the two. The first had the big retailers showing off their new machines, the usual assortment of clothing outlets, tour companies, book sellers etc.

The second hall comprised the club stands. Shiny older machines being shown off by their proud owners, which is nice and one of the few reasons that many people still attend the show.

I arrived as it was opening and had a wander around before it got too busy so as to try out some of the newer bikes for size. All the main players were well represented either directly or by a local dealer and, my, haven’t motorcycles gotten complicated and expensive recently? Some of those on offer have more on-board computing power than the space shuttle and cost more than my first flat. Or, maybe I’m just getting old?

Triumphs especially seem to come in two sizes these days. Huge adventure bikes and surprisingly small roadsters. If I had the money, I’d probably have myself a new Tiger, although the Street Scrambler and Street Cup versions of the standard Bonneville are nice too. There were lots of interesting machines on the trade stands, some familiar, some not so much.

As it began to fill up I made my way over to the club area and wandered around a bit before dropping by the Z1 stand and finally the MZ Riders Club stand for a bit of a sit down and to catch up with some friends (see later post). See, I told you that I was getting old.

I did do another couple of circuits later as I was looking for a set of decent bar-end mirrors and possibly a jacket. However, nothing caught my eye and I eventually left with a couple of freebies instead, a keyring and a plastic puck to put under my centre-stand.

The problem of living in a big city is that most of the new machines can be seen at leisure in one of the many bike shops scattered about within easy reach. That means that I am being asked to cough up a fair bit of money to come along and possibly buy stuff while looking at other people’s old bikes.

Truth be told, I could probably do the latter better just hanging about the car park taking stock of the bikes people rode up on. Actually, that’s just what I did before heading home, and an interesting cross-section it was too.

Anyway, roll on the summer.