Today was a rest day, spent mostly ambling around the town and playing the tourist.

The centre of Dijon is a smallish medieval town with narrow roads and a definite café-culture feel about it. We even came across a fruit market selling every sort of fruit and vegetable imaginable. 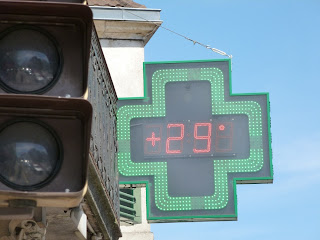 Have I mentioned that it was a bit on the warm side? One thermometer we saw displayed today's temperature as 29° Celsius (that's 84° Fahrenheit in old money). That’s far too hot for these Sons of Caledonia. Time for a cold drink and a seat in the shade.

We bought some sandwiches from a boulangerie called Maison Roger, which Norrie found funny for some reason, and ate them in a park across from the hotel, Le Jardin Darcy. 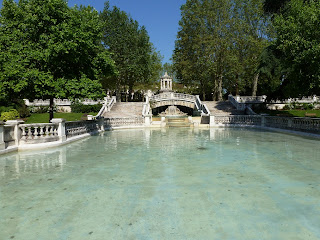 It had this rather ornate water feature and fountain (we came across a girl shampooing her dogs in the water the following day) and there was a statue of a polar bear near the gates as well. It is apparently Pompons Polar Bear, and the same sculpture can be seen at the Musee D'Orsay in Paris.

Later that evening we went for a bit of stroll once the day's heat had cooled down a bit. There were lots of bikes turning up now, presumably all heading to the racetrack like us tomorrow. 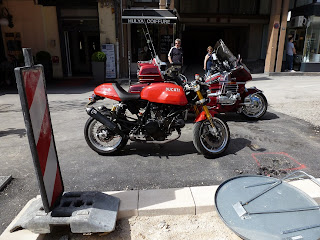 All too soon it was time to hit the sack. Tomorrow’s event was what we had come all this way for and it wouldn't do to oversleep. Time for bed, Zebedee! 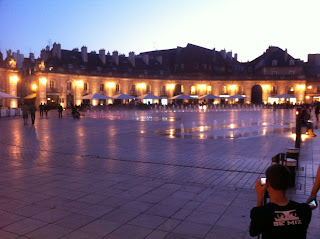