Last weekend the wife and I were in London for an NFL football match at Wembley Stadium between the Atlanta Falcons and the Detriot Lions.

While wandering around Trafalgar Square in the heart of the city I couldn’t help but notice the number of police motorcyclists on duty. I counted over a dozen in the space of about ten minutes. All mounted on BMWs. 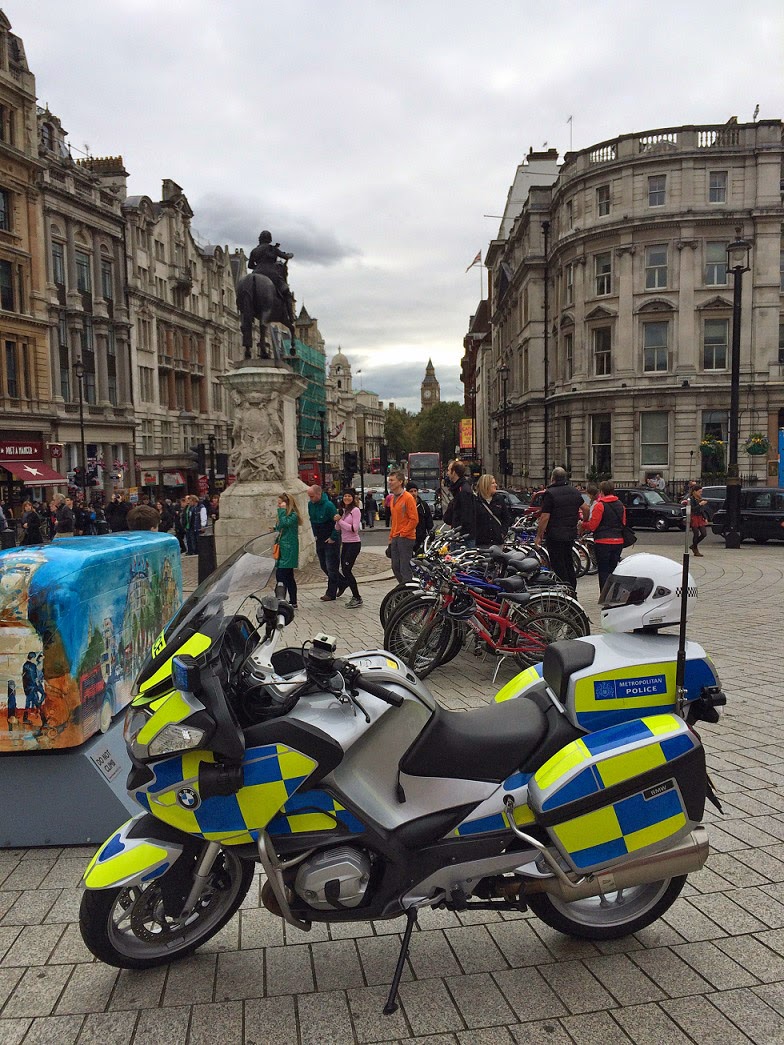 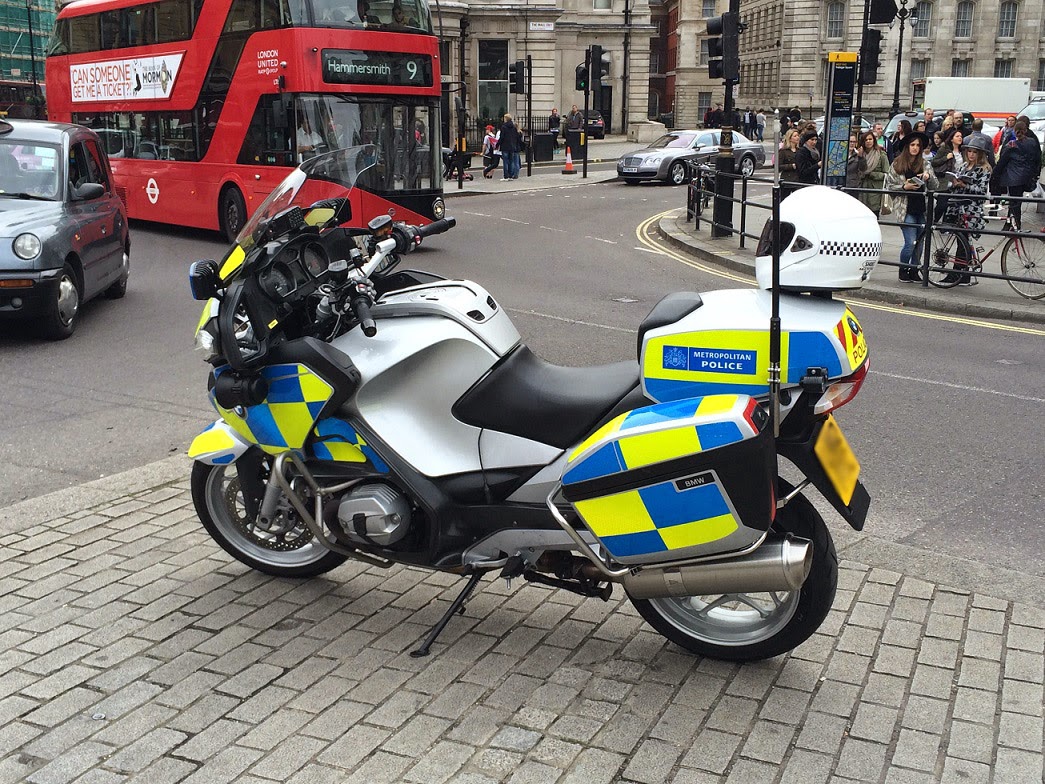 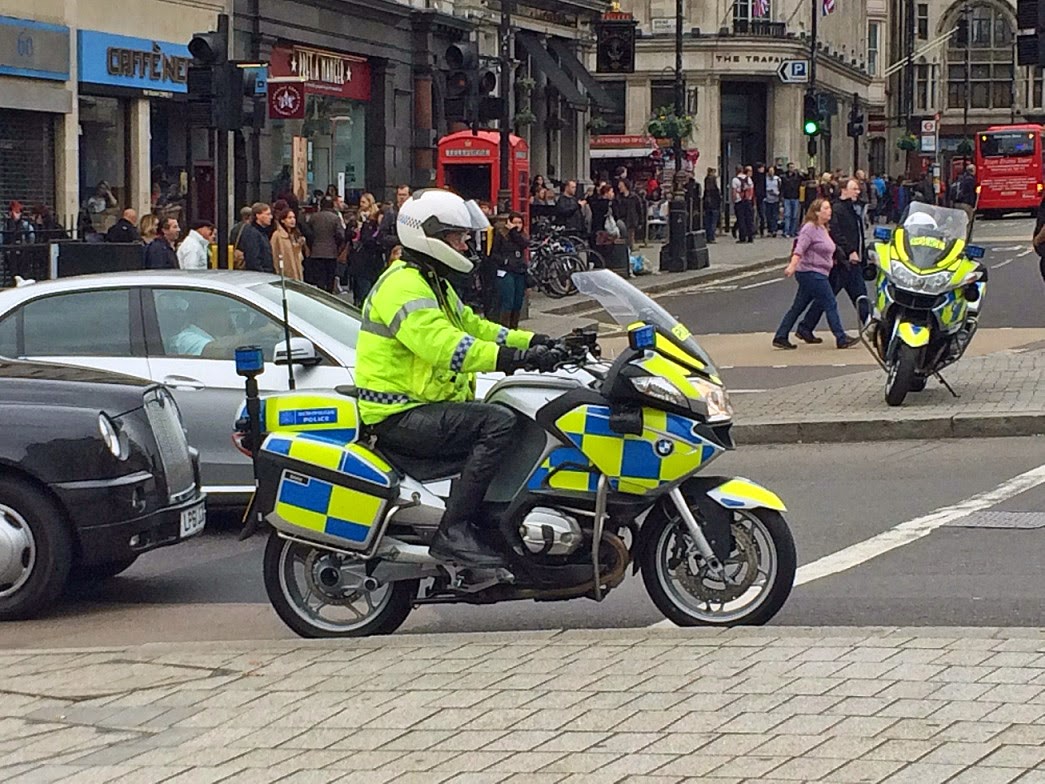 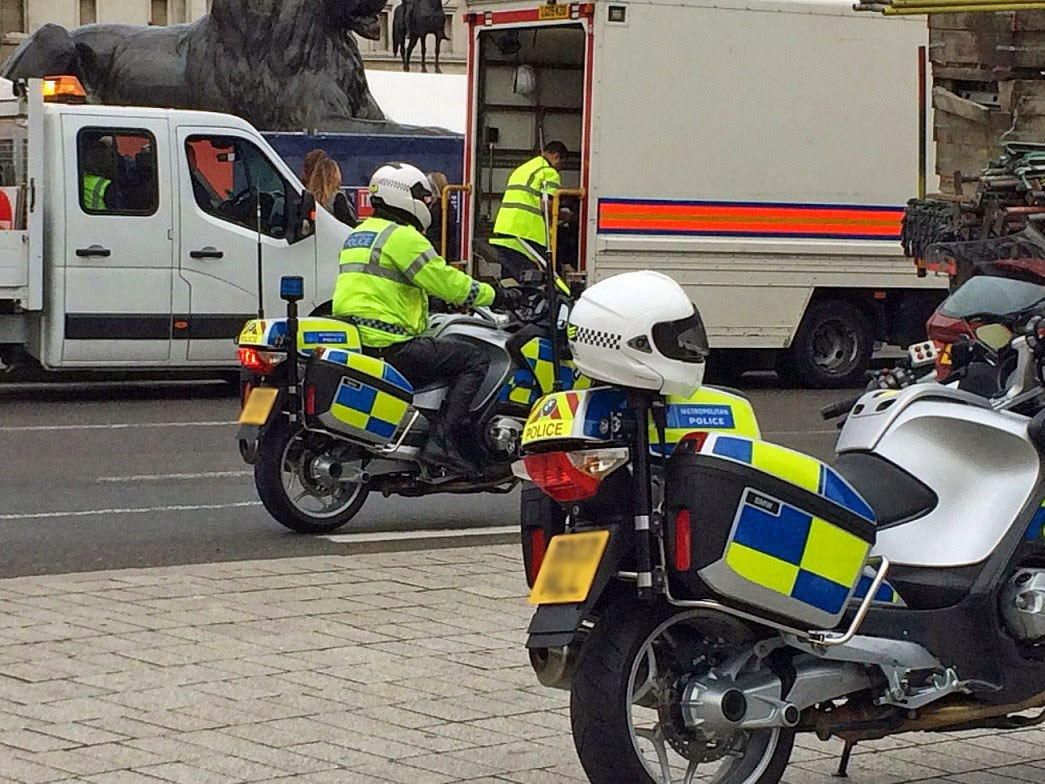 A special mention for this guy in the next couple of pictures who took time out to talk to an elderly American visitor who seemed interested in his bike, eventually allowing him to sit on it to have his picture taken. 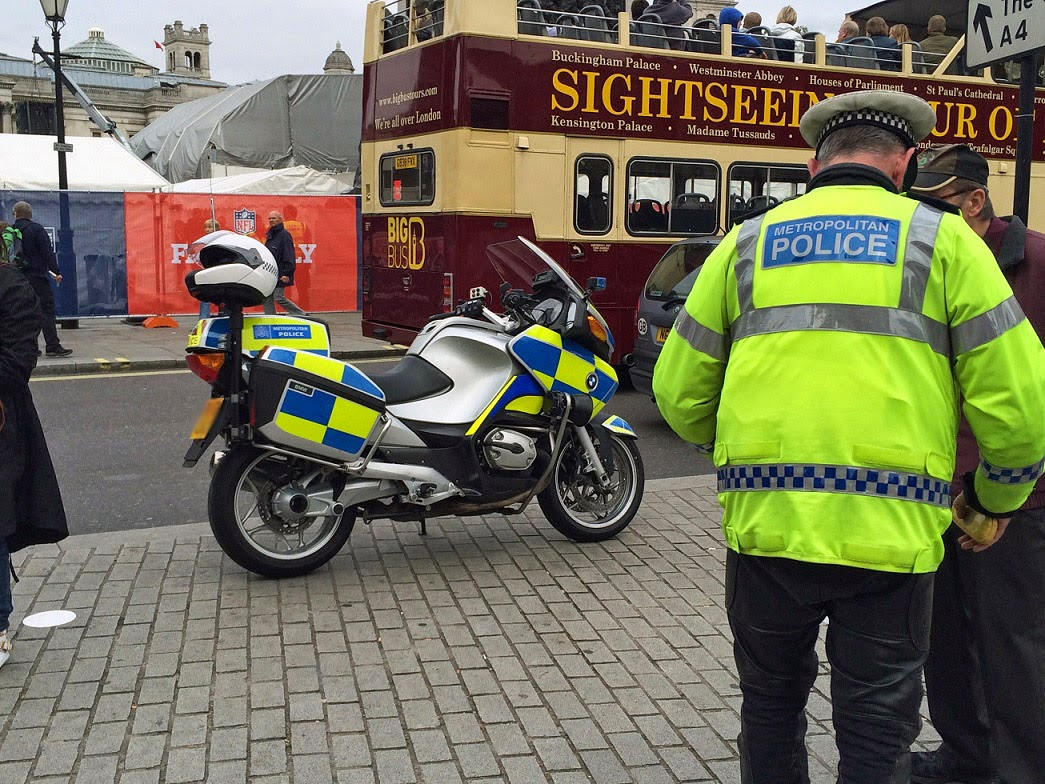 I did think about asking him if I could have a go as well, but when I mentioned it to the wife she dragged me away muttering something about, ‘acting my age and not being so daft’. I’m sure that I have no idea what she was implying. 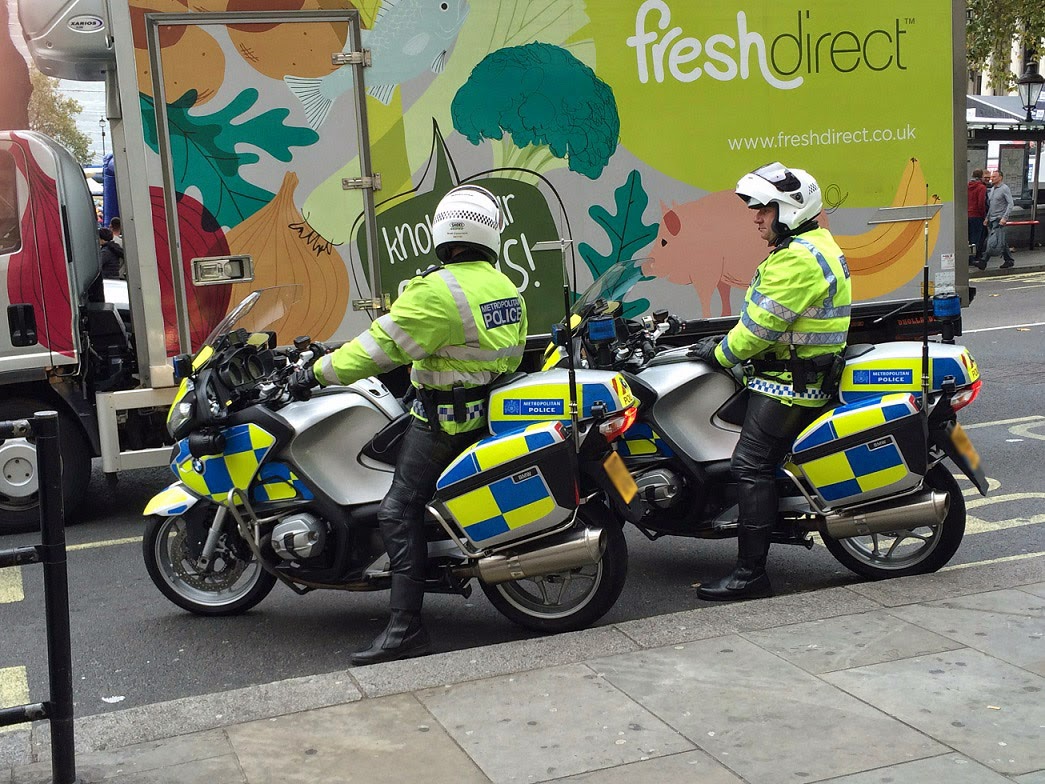 Email ThisBlogThis!Share to TwitterShare to FacebookShare to Pinterest
Labels: BMW, Out & About, Police