I've just fought my way through another day's rush hour traffic and had no more than the usual number of near misses and narrow escapes. When I got home I reflected on what seems to be the ever decreasing standard of driving on our roads.

Now, you have to expect a bit of hassle during rush hour, with everyone trying to get to and from work. No-one really likes commuting, and most folk don't leave themselves enough time in the morning, so they're running late, and then there is the mad dash for parking places once you get there. All in all a bit of a free for all which you do get used to to some extent. However, this would seem to be becoming the norm. 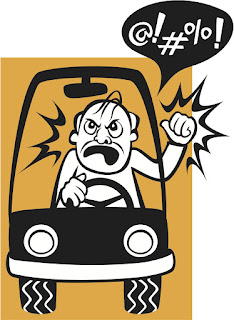 It is a rare day that someone doesn't do something that sets my teeth on edge. Why do people open their car doors into oncoming traffic without looking? I'm often the slowest thing on the roads when sticking to the speed limit around town, and this seems to really annoy some people. Even in school zones, I have been passed at speed because I have been going extra slowly, as indicated by the flashing warning lights, and keeping an eye out for kids running onto the road.

Annoying and inconsiderate drivers are one thing, and lets add rude and aggressive too, but often they can be downright dangerous, and I strongly object to being injured just so someone can get home five minutes earlier. Retaliation is pointless. Realistically, what am I going to do when I catch up with the two morons in the works van?

I am not really singling out any one group. Car drivers are in the majority, so feature large on my personal hate list, but some motorcyclists I would happily consign to the nether regions of hell for their antics. In all likelihood, the next Neanderthal who tries to blot out my existence will have just been cut up by a posse of sports-bike riders out for a blat who think that weaving in and out of traffic at high speed is a jolly jape. 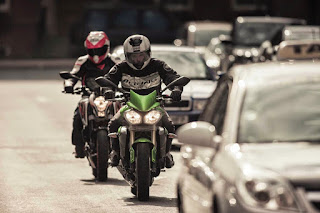 Don't get me wrong, I'm not harking back to some mythological "Golden Age", where everyone was courteous to other road-users and AA patrolmen saluted as you rode by. It just seems that everyone is in a hurry. Patience seems to have become an almost non-existent commodity on our roads today. It's not even unusual any more.

There are entire TV programmes devoted to camera footage of people behaving appallingly on the roads. Everything from people with a limited attention span to morons who should be locked up for everyone else's safety. You have to wonder about how some people managed to acquire a driving license in the first place.

I guess I'm not advocating any particular solution to the state of play on today's roads. In fact, I don't know if there even is a solution at this point. The numbers on our roads have dramatically risen in recent years, and show no signs of slowing down any time soon. Public transport, unfortunately, isn't the answer as long as it remains relatively expensive, slow, and doesn't go where and when you need it to. People need their (cars), or more accurately, they see no viable alternative to them.

At the same time people seem to hate their cars. They are expensive to buy, probably the biggest single expense after their house that most people are likely to make. They are expensive to run. They break down and then cost even more. They all look pretty much the same. The TV ads don't mention this. Where is all the freedom? Where are the open roads, the envious neighbours? Dammit, where are all the girlies? Somehow they have been conned, by "Them". 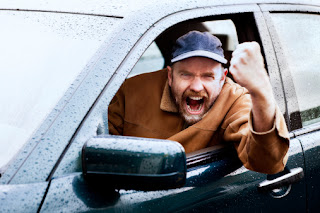 What I'm trying to get at is that the simple pleasure of owning and using their chosen mode of transport seems to escape most people. They have become such a necessity, and so indistinguishable from one another that pride in ownership doesn't last very long. And remember, most cars are not bought from new, they are mostly bought second-hand. It can be a very short step from hating your own car to hating everyone else's, and then hating everyone who is driving because, surely, they can't all be as miserable as you seem to be.

On the other hand, maybe there are just too many crap drivers on the road. They should all be strung up, or at the very least banned. That would leave the roads free for all the really good drivers. 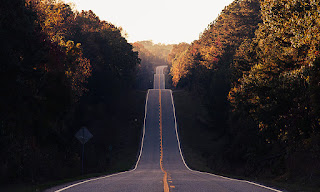