As mentioned in an earlier post, I went down to the MCN Festival of Motorcycling at Peterborough again this year. It’s a chance to see all the new machines from the main manufacturers, although many were also present at the Scottish show earlier in the year. 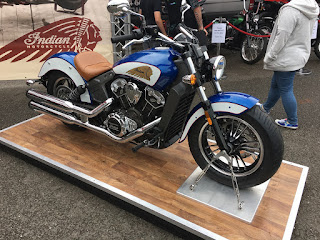 On the bike front, I tried a couple for size. I am still strangely drawn to an Indian Scout, but also liked Suzuki’s V-Strom 1000XT, Triumph’s Tigers and the Ducati Scrambler, although the Ducati would be pretty rubbish for touring on. 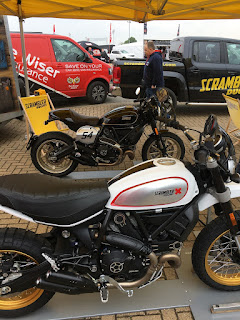 I also tried sitting on the Suzuki Intruder M1800BZ. It’s huge. This is a ridiculously large machine built for someone significantly bigger than me, and I’m no shrinking violet.

The club stands at the show are always good value, and I had an interesting talk with the owner of a ‘Flexit’ leaning sidecar. 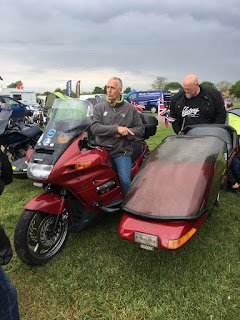 I’d heard of them, but never encountered one before. The owner was more than happy to explain how it worked and give a small demonstration to an interested audience. Certainly different. 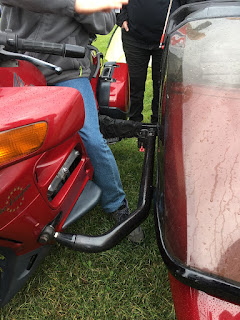 Usually I end up leaving big shows like this empty-handed. Either there’s loads that I want but can’t afford, or I have loads of money and can’t find anything that I want. This time, I picked up a lightweight jacket with armour in, some summer gloves, and a few other small bits and pieces that will definitely come in handy. 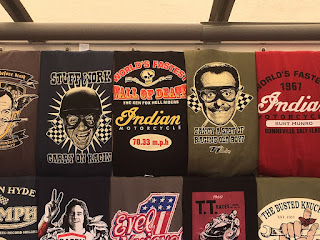 So, all in all, a successful trip.