Venturing a little further afield, I rode just along the coast to Linlithgow to visit the Korean War Memorial. I’d only just found out about the place and thought I’d go have a look. 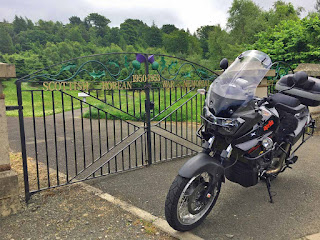 It’s in a large park, and the countryside nearby is meant to remind veterans of the conflict of the terrain over which they fought. It’s certainly tucked away and you’d be hard pushed to find it if you didn’t know where to look. 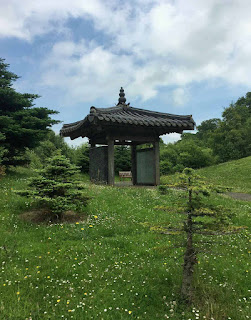 The memorial was created by the Lothians and West of Scotland branch of the now defunct British Korean Veterans Association as a tribute to the memory of their fallen comrades. 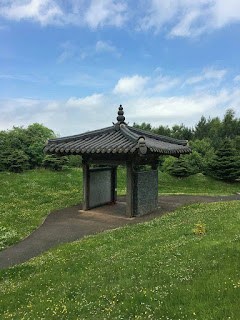 The Memorial is an arboretum of 1,114 native Scottish trees, one for every man who died, and a shrine surrounded by two mounds in the shape of the Ying and Yang on the Korean flag. 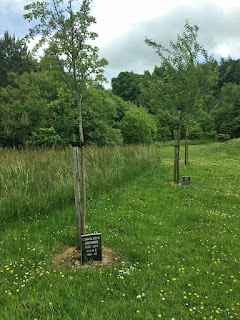 The shrine is built in the traditional style of a Korean shrine and contains name boards listing all the 1,114 men who died. 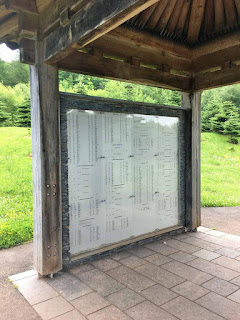 It is the only memorial in the UK dedicated to the Korean War that does this. The mounds have 110 Korean firs on them; one for every ten men who died.

There are two seats and a picnic area for those who would like to spend a little time in reflection.

The site, in the hills overlooking the Firth of Forth, was donated by West Lothian Council, who maintain the memorial. 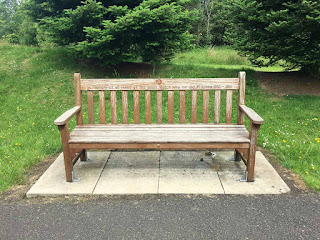 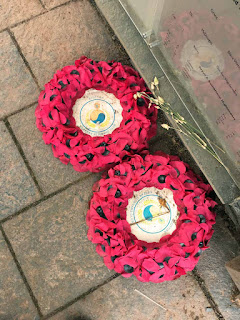 You can squeeze your bike through the gates and ride up to the structure itself for some photos, I’ve seen it done, but I left the bike outside as I didn’t think it was in the spirit of the place. 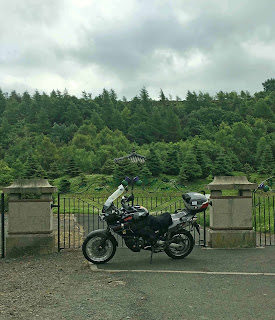 Email ThisBlogThis!Share to TwitterShare to FacebookShare to Pinterest
Labels: \italian Motorcycles, My Motorcycles, Out & About