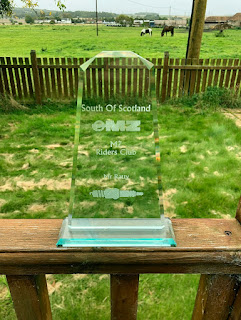 I recently put in an appearance at the MZ Riders Club National Rally at Falkirk in Central Scotland. When the prizes were being given out I was surprised to hear my name called.

As no one had a bike ratty enough to get the "Mr. Ratty" award it was given to me as I had the messiest beard :)

At this rate I'm going to have to put up another shelf.
Posted by mr.combo at 15:21

Email ThisBlogThis!Share to TwitterShare to FacebookShare to Pinterest
Labels: Awards