I came across this listing on eBay for a ‘vintage’ Griffin full-face motorcycle helmet. 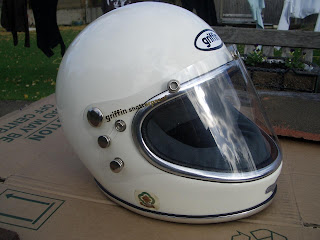 It caught my eye because it is pretty much the same as my first ever helmet. Same make, same colour. 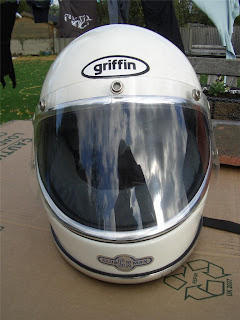 It was made of fibre-glass and by modern standards it weighed a ton. 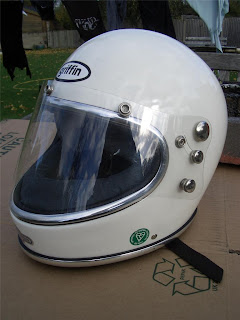 The visor rattled at speed, steamed up in the cold, and leaked like a sieve when it rained. 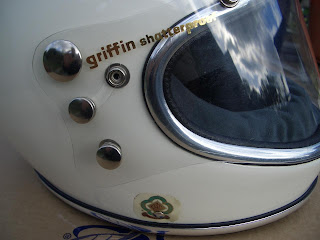 Note the lack of anything resembling a ratchet mechanism for the visor. To keep it shut you had to lock the bottom stud and hope for the best. 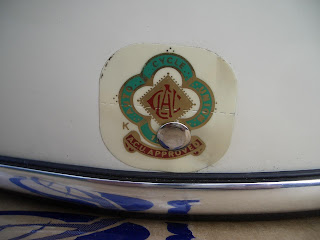 As you can see, it met the stringent British Standard and was ACU approved for racing. 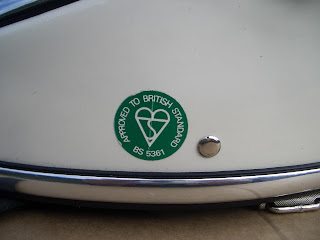 Remember, in it's day (late70s/early 80s) this was top of the range, and was priced accordingly. Nowadays, though, pretty much any basic cheap helmet is much superior. The march of technology is a great thing.