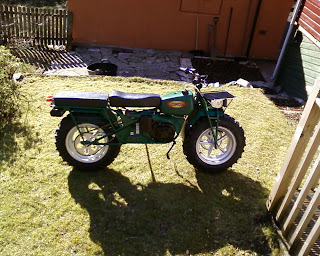 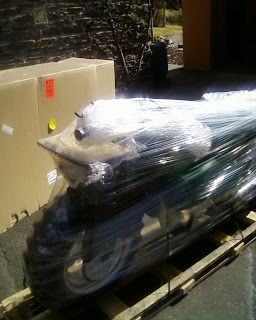 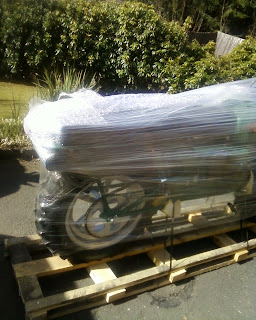 Although I was aware of Rokon as a manufacturer, I’ve never actually seen one of their machines. Not too surprising, as they are not that common outside the US, where they sell mainly to outdoor enthusiasts. Also, I believe the US Marine Corps uses a number of them in Iraq and Afghanistan for patrol work due to the terrain. 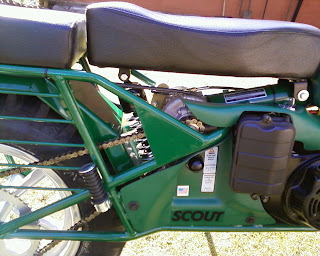 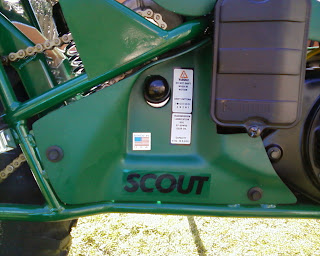 A look at Rokon's website gives you a more interesting list of accessories than BMW and Harley combined.  Nothing as tame as loud exhausts or shiny chrome bits, though. How about a gun rack, a sledge to drag what you have just shot back out of the woods, or a plough if you happen to want to take up farming? As a fire-fighter himself, Gareth was much taken with the option of a water pump that fits to the engine and a fire hose for rural fire fighting. 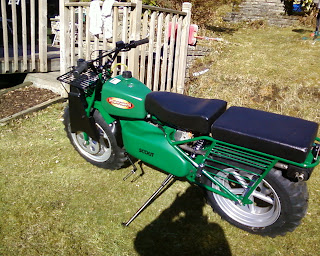 Surprisingly, denim dungarees and banjos are not on the list! 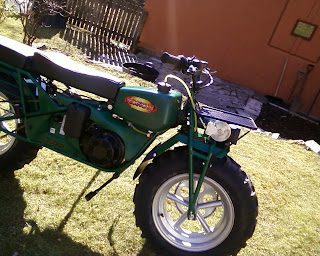