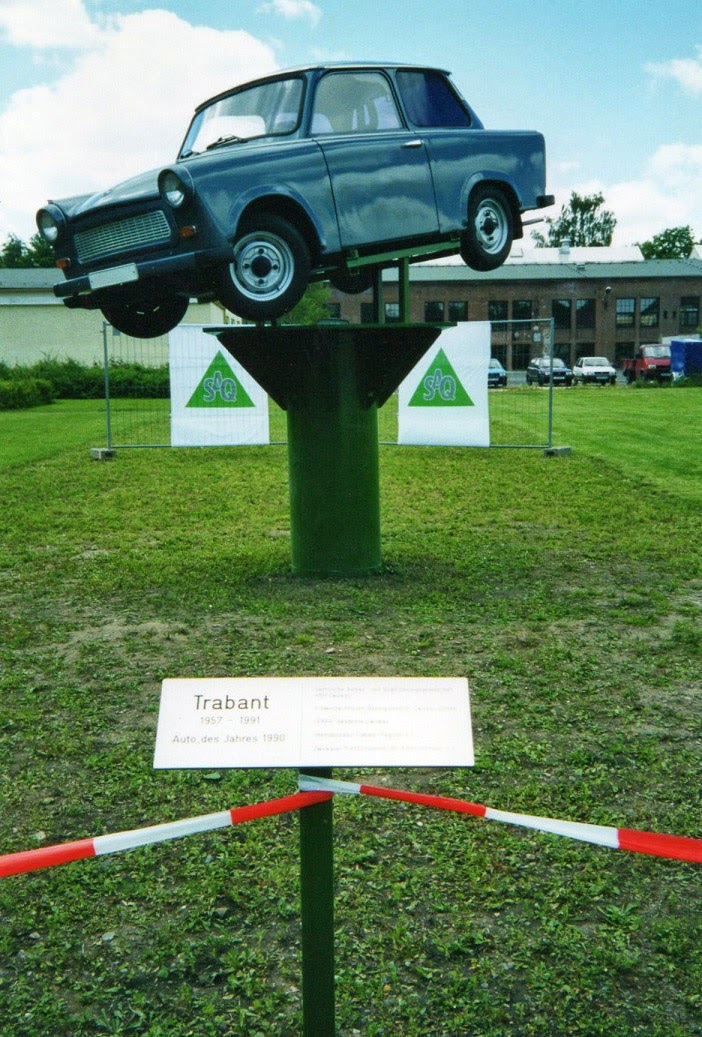 At the end of June 2001 my friend Stuart and I found ourselves in Berlin. We were looking to collect a Trabant Kombi he had arranged to buy over the internet with the intention of then driving it down to Chemnitz for the International Trabant Treffen held in the town every year. Stuart had been over the previous year and had returned to regale us with tales of bizarre cars, mad Germans and cheap beer. How could you not want to go?

The big problem when we got to Berlin was that the car we were supposed to be buying had been sold. The seller hadn’t quite believed that anyone would travel so far to buy his wee car. So, off to a newsagent to buy the Berlin equivalent of ‘Auto Trader’ magazine and search for something else. In the end we found a very tidy saloon model with a reconditioned engine. It wasn’t what Stuart wanted, but at this point beggars couldn’t be choosers, and he could always sell it once we got home. 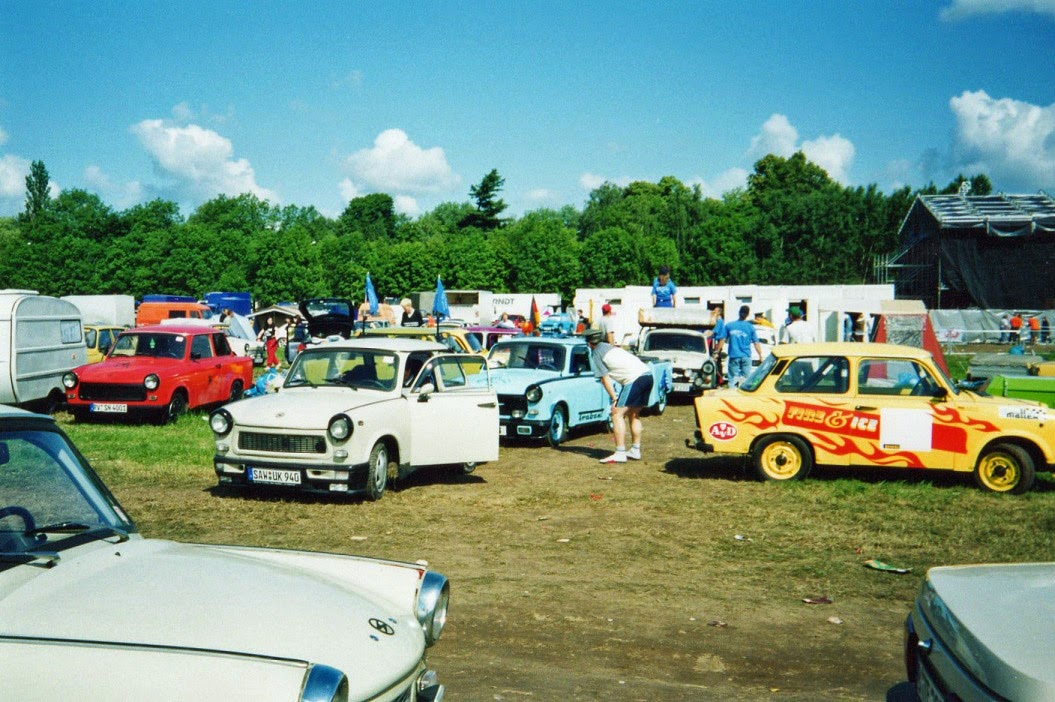 Once at the Tref site outside the town we put up our tents, put on our kilts (fräuleins, and worringly for Stuart, not a few blokes, love a man in a kilt!), and took a turn around the site, which was huge, a bit like a cross between a rock festival and a car show.

We wandered round looking at all the restored and customised Trabants, visited the MZ motorcycle sales area and the huge autojumble, ate and drank at the food and beer stalls, and met up with a great many interesting people. It was an experience to see so many Trabants all in one place. It’s also slightly worrying that some owners had spent thousands on a car which had cost them only a few hundred to buy. The results were impressive though.

Later on we took a short trip out to the motorcycle museum at Augustusburg.  This was more my cup of tea. Loads of bikes to drool over. My personal favourite was an ISDT BK350 sidecar outfit in trials trim. Unfortunately, Stuart steadfastly refused to distract the guard long enough for me to push it out the door and ride off into the distance astride this piece of MZ motorcycling history. Maybe next time?

The next day we took part in the Trabi Parade, with perhaps as many as 3,000 Trabants happily polluting all parts of the town, cheered on by wheezing soot-covered locals.

It ended at the Trabant museum, which is great. The guides were helpful and you could tell that they too were enthusiasts rather than just employees. Some of the prototypes were interesting, and it was a shame that none made it into production. 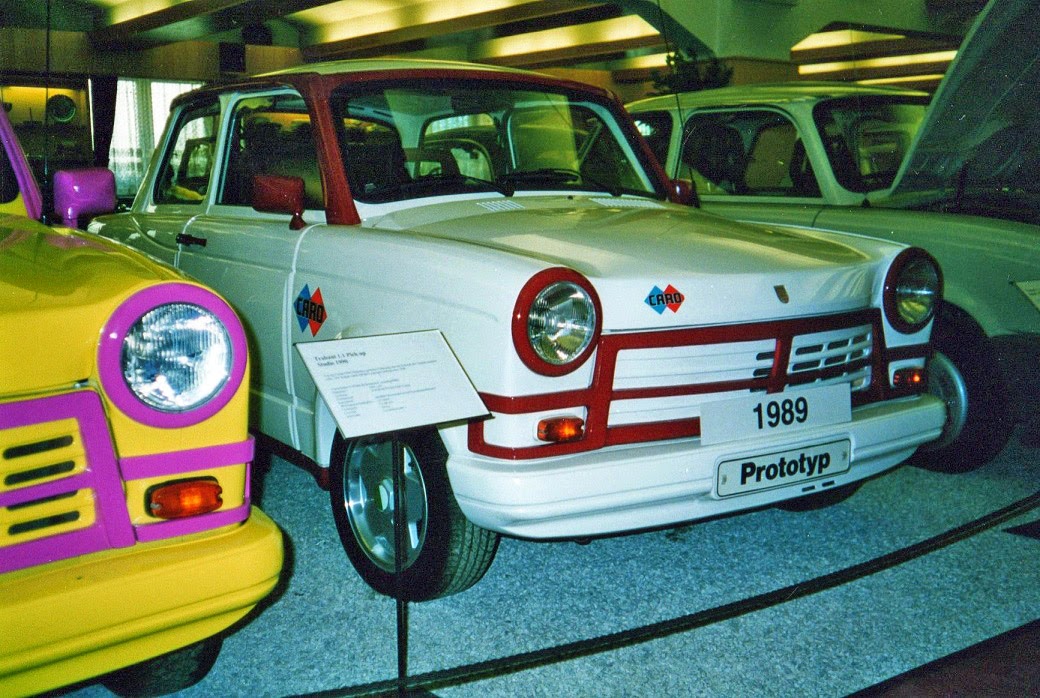 The holiday over, we drove to Amsterdam to catch the ferry home. This wasn’t really a problem, even with a 50mph cruising speed. It helps, though, if you can find a slow lorry to tailgate or attach a grappling iron to.

On board our ferry at last, and in spite of our earlier fatigue after the twelve hour journey, all our intentions to get an early night disappeared when we met up with a group of Austin A35 enthusiasts returning from a Rally in Holland and we were forced to consume more beer and stay up late again.

And so the trip ended. The car we had just acquired did about 800 trouble free miles, passed its MOT once home and then went off to its new owner. Stuart eventually got the Kombi he wanted, from someone who lived not quite so far away.