Hosted by the Scottish branches of the Vincent & Velocette Owners Clubs in 1991 or 92, this was among the first motorcycle rallies that I ever attended. I had at this point never encountered a Vincent up close and I was curious, so I tagged along with a friend who owned a Velocette Venom and was planning on going. 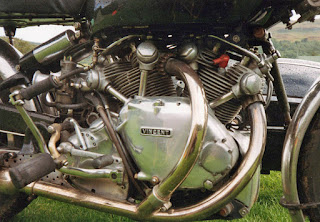 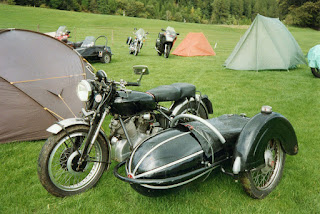 There was a fairly respectable turn-out, with everyone riding their bikes to and from the event. Except, that is, for two blokes who trailered theirs up from middle England with rain covers on them. They were mostly ignored and/or mildly abused by everyone present, especially as the covers never came off the bikes for the whole weekend as it looked like it might rain. I have no idea why they bothered, they weren't even in the running for an award as the organisers announced early on that only bikes which were ridden to the event were eligible. 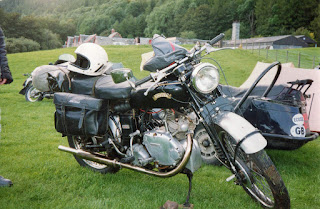 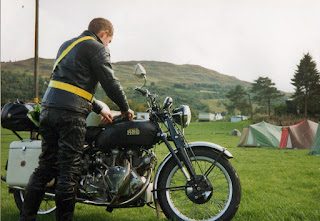 I think that this is a reasonable approach to awards. Far too many people turn up with bikes on trailers that are beautifully restored and expect to collect an award for having the shiniest bike there. A few years ago at another rally I was at one such individual was mightily cheesed off to find out he wasn't eligible when he arrived and went on at length about how unfair it was because he *always* won an award for his bike. 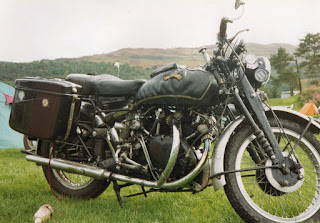 Bikes are meant to be ridden, they are not museum pieces, and it is gratifying to see people ride a fair distance on bikes that were built before I was born. 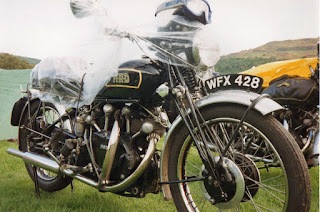 Earlier this year a friend rode his Vincent Comet from Ireland to Italy for the International Vincent Owners rally there, with only the expected problems that you would expect from a bike that is nearly seventy years old. By all accounts he had a great time, a large part of which he would have missed out on had he taken the bike in a van or on a trailer. 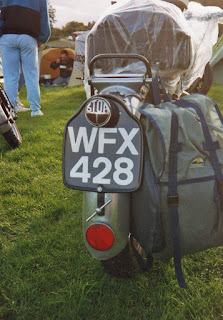 Email ThisBlogThis!Share to TwitterShare to FacebookShare to Pinterest
Labels: British Motorcycles, Old Bikes, Out & About, Rally