I went to have a look at a bike today. An MZ RT125 four-stroke single aimed at the Learner market, but a decent wee bike for all of that. 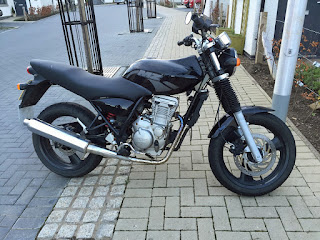 It wasn’t for me this time. A friend had asked if I’d mind giving it the once over as he was thinking of buying it, but it was a bit far away for him to do so himself. He lives in Wales, the bike is in Scotland. 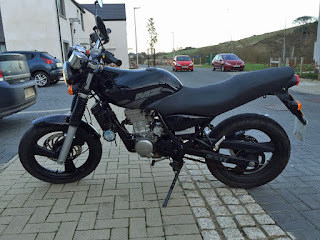 I made the necessary arrangements with its current owner and drove over to have a look. It was everything it was promised to be. On a ’55 plate it is one of the last ones sold, with black bodywork and black wheels. Low mileage, just over 3000 miles on the clock. The engine sounded sweet and it ran up and down the road just fine. 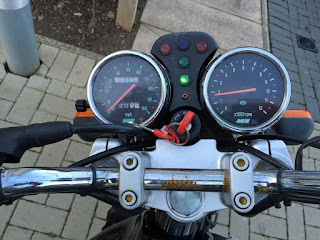 However, on closer inspection it was obvious that sitting outside, uncovered hadn’t done the finish any favours. There were a lot of rusty fasteners, a badly pitted downpipe, and a chain that will need replacing as it was just a mess of rust. 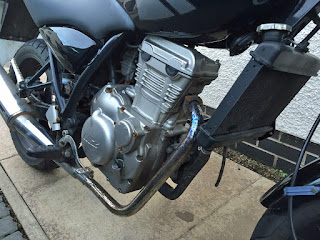 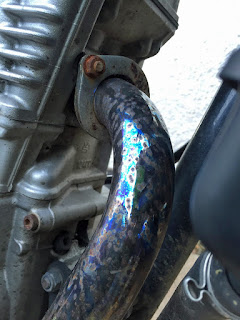 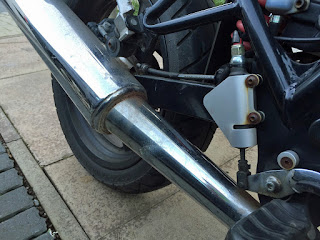 Most, if not all, of the surface rust will polish out, and I’d replace the chain and a whole lot of the fasteners with stainless ones, but otherwise I wouldn’t let the finish put me off. It's a nice little machine, but I'm not the one thinking of buying it. 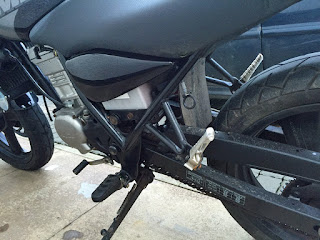 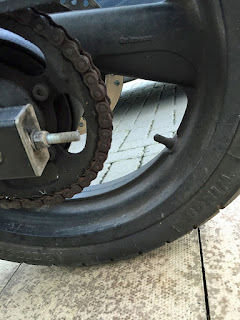 If he decides to go ahead and buy it the plan is to have the bike collected and delivered to his home in Wales by a specialised bike courier company. 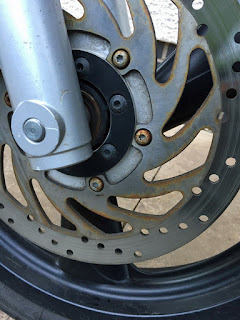