Staying with a wintery theme for today, I came across this old photo of a sidecar recently and had to do a bit of digging to find an explanation for the aviation monument it's parked in front of. 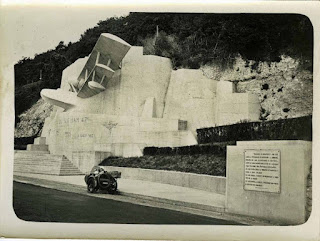 In 1928 a twenty man expedition had set off from Italy on the airship Italia to explore the polar area from their base in Spitsbergen. Two successful flights had been made but bad weather during the third caused the airship to crash on the icepack on May 25. 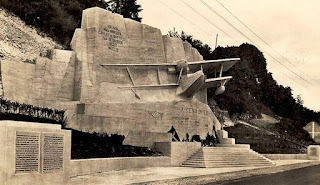 Nine survivors of the crew were stranded on the ice, and during the next month and a half a multi-nation sea, surface and air search took place until the crew and various would-be rescuers were all retrieved from various locations by August 14th.


The monument commemorates the French seaplane Latham 47-02 which joined the search, but disappeared over the Barents Sea on its flight to Spitsbergen. Four men were lost, including the explorer Roald Amundsen.