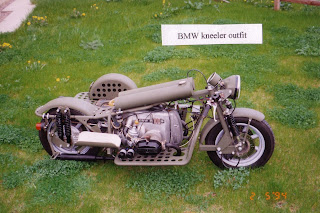 A fellow club member used to go sidecar racing. This homemade BMW R100 kneeler outfit was one that he took out on the track. 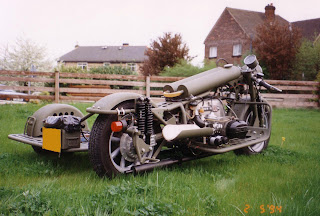 It has Citroen car wheel rims on one off hubs, a one-off one piece bike/sidecar chassis, homemade leading link forks and fuel tanks made from a lampost that he says he came across lying in the road after an accident (he doesn't say whose). 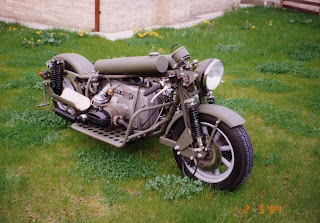 It was reportedly extremely fast and in the right hands could keep up with the solos.
Posted by mr.combo at 17:40

Email ThisBlogThis!Share to TwitterShare to FacebookShare to Pinterest
Labels: Other Motorcycles, Sidecar