Three Wheels On My Wagon

According to Harry V. Sucher in his history of Indian Motorcycles, The Iron Redskin, the Indian Dispatch-Tow became a reality in the early 1930s, inspired by the needs of a car dealership only a few doors away from the Indian factory.

As Sucher relates it, the Dispatch-Tow was the result of discussions between Indian’s upper management and the owner of the Springfield Packard dealership. In order to provide better service to his Packard customers and reduce wasted time and money, the dealer wanted to find a simple way of ferrying customer cars back and forth from the customer’s home to the garage. He was tired of sending two men in one car, only to have them both come back to the garage, to be sent back out again after the repairs were made. Fact or fiction, it’s hard to know. 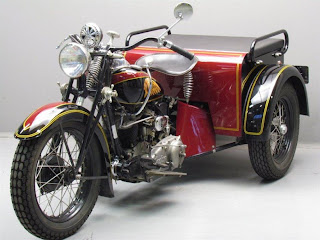 Apparently, Indian took the need seriously, because top designer Charles Franklin drew plans for a three-wheeled vehicle based on the popular Indian 101 Scout chassis, fitted with either a 37-cubic-inch or an optional 45-cubic-inch V-twin engine.

An automotive-style rear axle, complete with a differential, was rigidly mounted at the back of the machine. Two wheels flanked a sheet metal box, and this was supported on a single leaf spring and shackle set up. It was this box that gave the Dispatch-Tow its unique lines. Of course, a three-wheeled machine isn’t likely to tip over, which gave Franklin the opportunity to design a tow bar that, when attached to the front of the Dispatch-Tow, could be quickly and conveniently flipped down and attached to the rear bumper of a car. 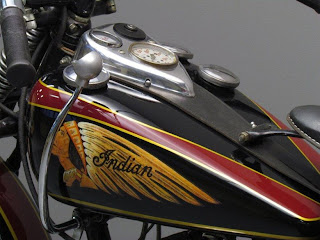 That meant an employee of an automobile dealership could ride the Indian Dispatch-Tow to a customer’s location, affix the tow bar to the car and drive the whole rig back to the garage for service, and then repeat the routine. This proved advantageous, of course, because it tied up only one employee. 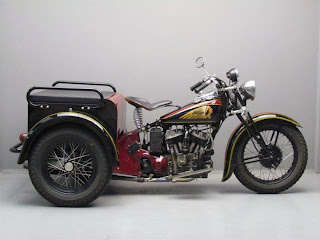