As already mentioned in an earlier post I have bought myself a Dnepr 650. I was originally looking for a Ural 650 (similar, but not the same) and came very close to getting myself a Soviet Knight. 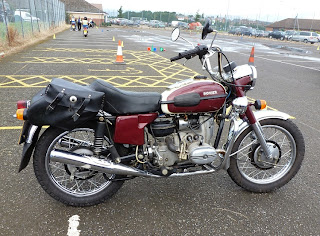 The Soviet Knight was one of a number of model variants produced by UK importers Nevals. This was a standard Ural with more of a cruiser feel to it with the addition of higher bars, spotlights, crash-bars, a big padded solo seat, upswept silencers and leather saddlebags. 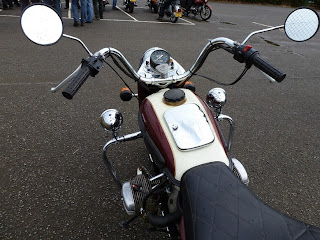 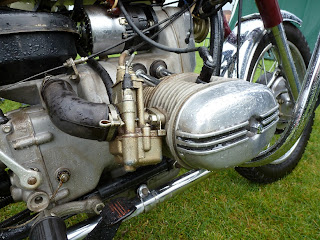 As a styling exercise I think that it worked quite well. 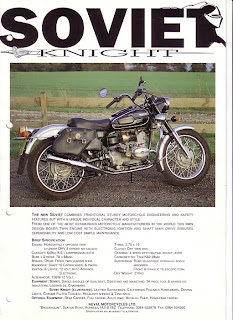