Sunday morning and it was only a short hop on the Tube and an equally short five minute walk to the Ace Café for breakfast. 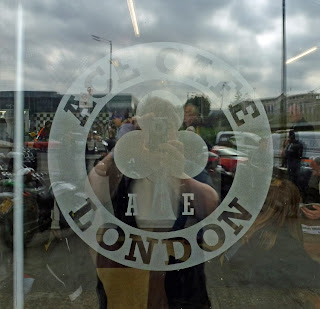 Unlike my last visit, there was a bit of a crowd, with a group of BSA Bantam owners and the 59 Club holding a recruitment drive. On top of this the sun seemed to have brought out a goodly number of other folk on their bikes. 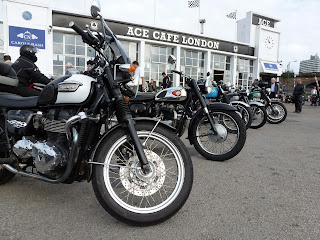 Luckily, the majority of them were just leaving on what looked like an organised ride-out as we arrived, so we managed to swan right to the head of the queue and order breakfast without having to wait. A solid, cholesterol-laden full-English breakfast with tea and toast it was too. Marvellous. 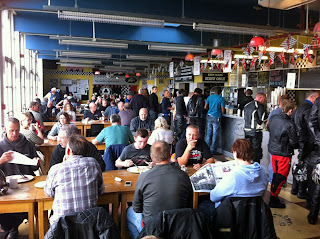 The history of the place is quite interesting and the owners, who were on duty that morning, have quite cleverly tapped into the larger nostalgia market. They cater for all sorts and have specialist days for specific makes and models and owners clubs. They run a mailing list, and they host bands and such at night where the café becomes a bar. They even have a shop at the back of the premises. The 'idea' of the Ace Café seems to be one which resonates with a large part of the motorcycling fraternity, as well as those interested in old vehicles generally. The fact that we were there is evidence enough that they are doing something right. 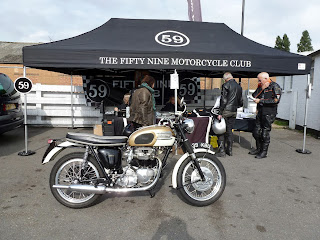 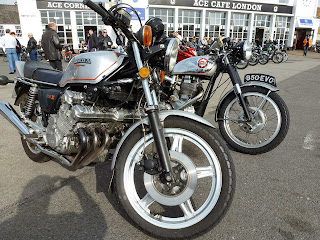 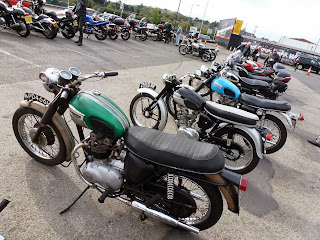 Other than the collection of nice old British bikes parked up outside, probably the most interesting bikes on show were a row of Benelli Tornadoes. Now you don't often see one of these machines on the road, and here were six of them. Very different, and didn't their riders milk the attention for all it was worth. And no sneaking away when they were done, either. They peeled out of the car park later in a cacophony of noise and smoke as they revved their poor beasts to the redline. What's the point of having something like that if you're not going to misbehave? 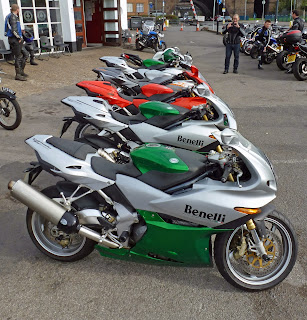 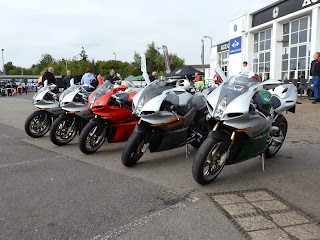 Anyway, it did begin to fill up again about an hour later, possibly people coming back from the ride-out, but by this time we'd eaten our breakfast and I'd had a quick scoot around the car park and taken loads of photos, so we decided to leave.

If you're ever in London I would heartily recommend the Ace Café, and not just for the atmosphere, the food is pretty decent too.