This large sack turned out to contain a replacement front mudguard (fender) that I had ordered from Ukraine. 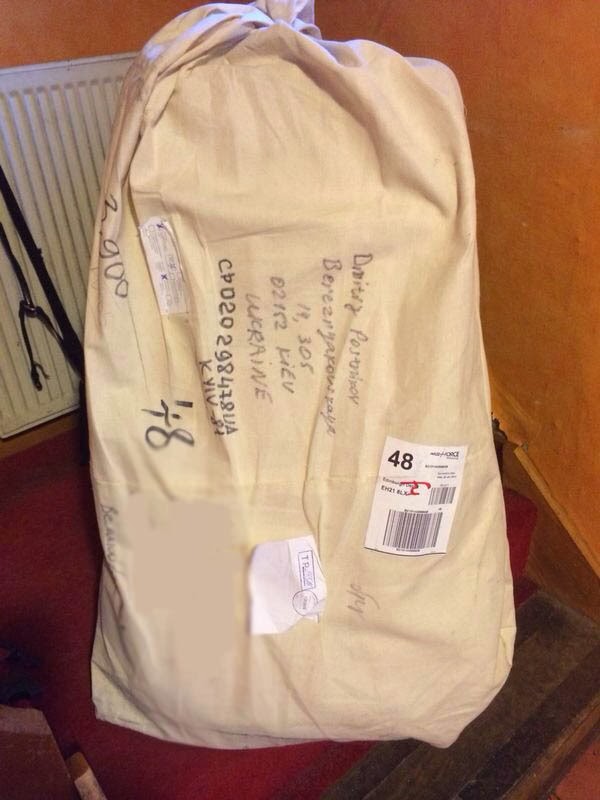 I needed to replace the one that the bike came with as it was a cheap ‘universal’ one and the previous owner had simply bent some metal offcuts to make a couple of clamps to hold it in place rather than attempting to do it properly.

I had thought about trying to re-use the one that I had, maybe trimming it down a bit and doing something better with the clamps, however, in the end I decided that I would prefer to replace it with the proper one for the machine if I could find one cheaply enough. 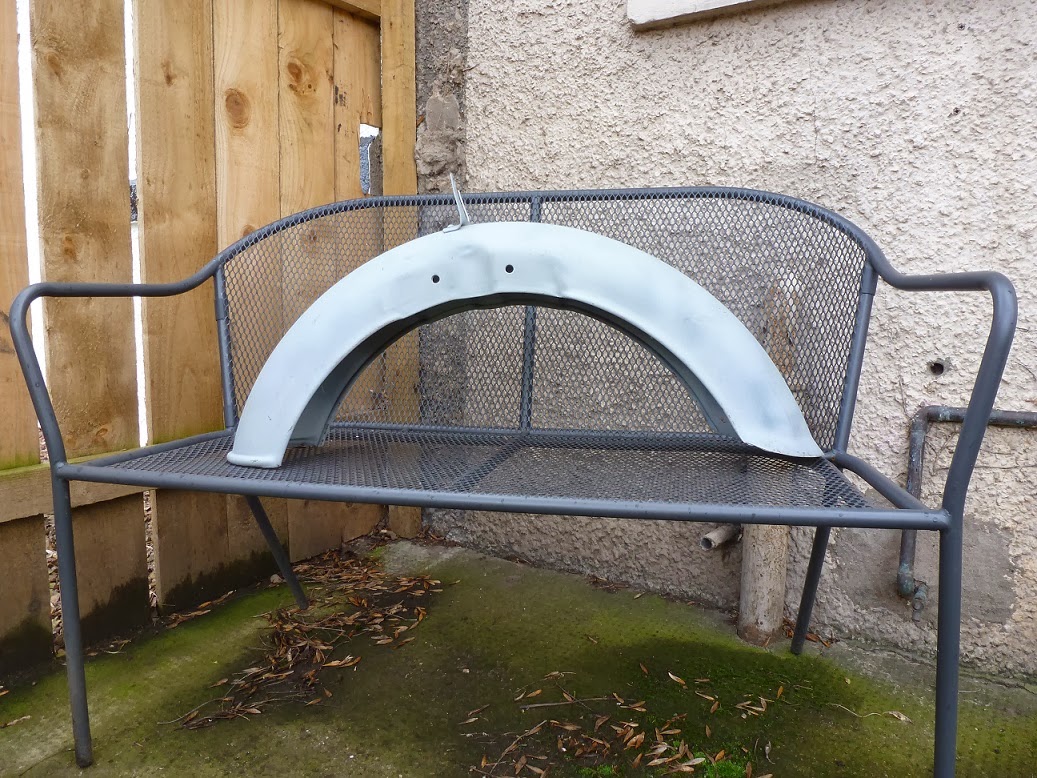 This one came courtesy of a seller on German eBay and was supplied new, and in primer ready for painting. 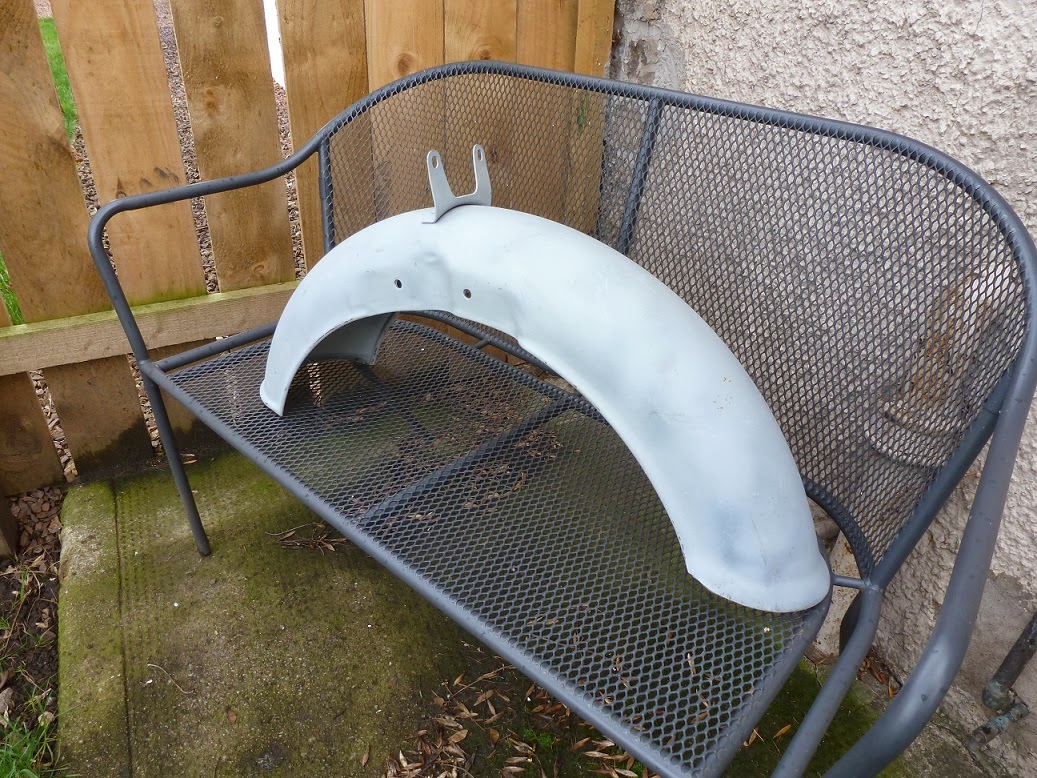 As you can see it is rather solid and substantial and it is intended to sit quite high on the forks. I think that this is intended to prevent mud clogging the front wheel. There’s certainly plenty of space under there. 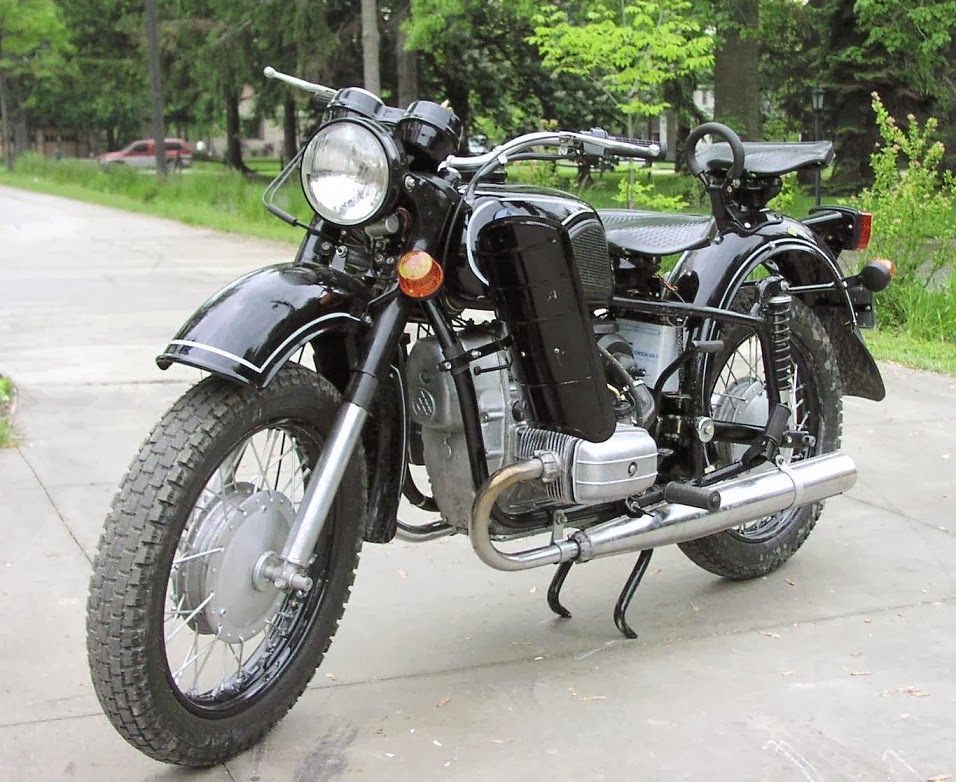