How far would you be willing to go to get that hard to find original part that you need for one of your many projects? In my particular case it would seem that the answer is, hundreds of miles. 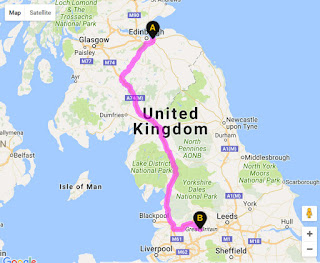 Yesterday I drove all the way to West Yorkshire in England to pick up a 25 year-old soviet-made handlebar fairing for a IZH Dnepr MT11 I'd won on eBay. Better yet, it came with all the original fittings. 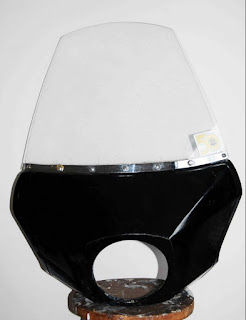 It's not much to look at, and I'd be the first to admit that it's far from pretty, but it's what they originally came with from the factory in the Ukraine and I've been after one for a couple of years now. The problem is that even the poorly made Chinese copies are prohibitively expensive once you add in overseas shipping costs. So, if I was going to get one it would have to be second-hand and located in this country, and even then they don't come up for sale all that often.

As this one was ‘collect only', and a quick visit online showed me that I was looking at something in the region of a 500 mile round trip, it looked like a road trip was one the cards. I made the necessary arrangements to pick it up and together with the wife and the dogs we headed off for what promised to be a long day.

In the end I probably ended up paying more in fuel to collect the thing than it cost me in the first place. Nevertheless, I am happy with the purchase and it turned out to be in pretty good condition for its age. It should scrub up well once repainted.  In addition, I also picked up a NOS set of rear shock absorbers and a single saddle that the seller had spare, so all told a pretty successful day out.
Posted by mr.combo at 21:59

Email ThisBlogThis!Share to TwitterShare to FacebookShare to Pinterest
Labels: Accessories, Garage, My Motorcycles, Out & About, Soviet Motorcycles