At the weekend I dropped in on the MZ Ireland rally at Glengariff on the Beara Peninsula in SW Ireland.  Due to the distances involved I didn’t go by bike, it's just too far to go for a weekend rally. Instead, the wife and I decided to take the car and spend a few days touring round Ireland before heading for the rally and then taking a leisurely run back home afterwards.
Unfortunately, the weather turned out to be pretty crappy while we were there, so photo opportunities were few and far between. Nevertheless, here are a few that were taken on the campsite. I apologise for their poor quality, but they had to be taken between rain showers and the light wasn't great. 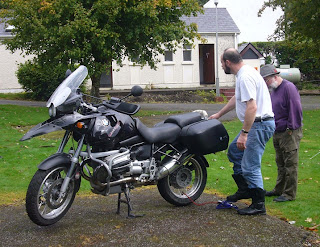 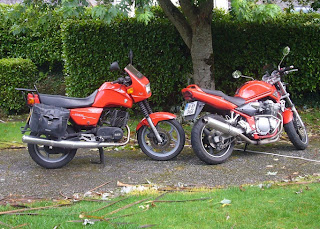 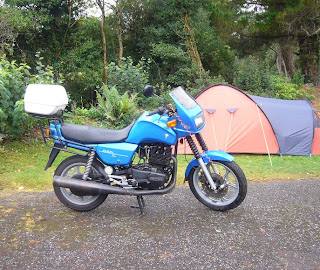 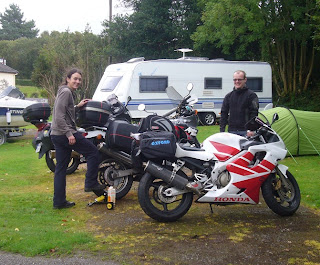 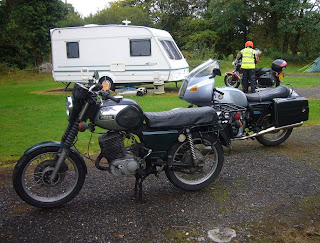 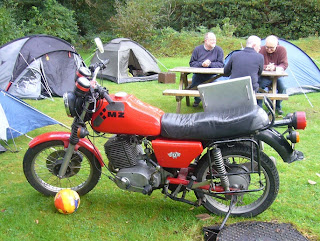 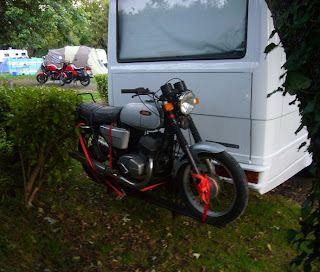 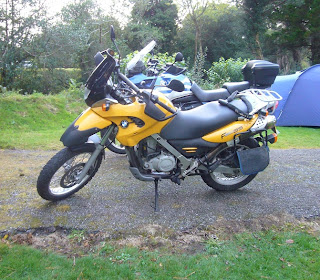 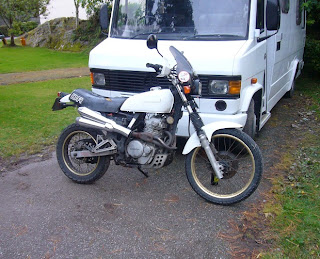 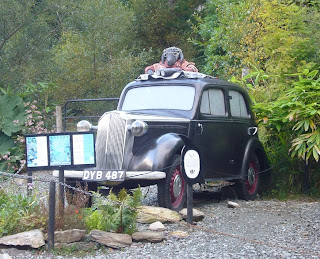 A quick mention must be made of the organisers, Jim and Catherine W., who, as well as cooking breakfast for those who wanted it in the morning, provided plates of sandwiches in the evening while we were in the pub indulging in that old rally favourite of drinking beer and talking rubbish.
If you've never been to a rally in Ireland, go and see what you've been missing. They do things a wee bit differently there.
Posted by mr.combo at 20:53