Most motorcycling folk will have heard of the road-racer Joey Dunlop who died in 2000.

While not a big race fan, when I was in Northern Ireland I nonetheless decided to make a detour to see the memorial garden constructed in his hometown of Ballymoney, Co. Antrim. 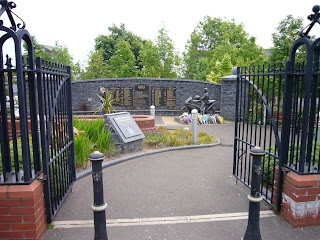 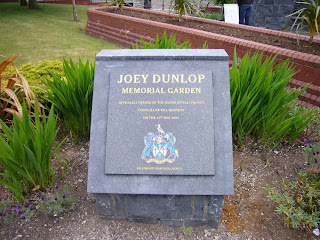 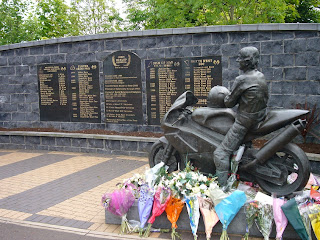 The North West 200 races had just finished and it looked like many of those who had attended had made their way to the garden as well if all the flowers were any indication. 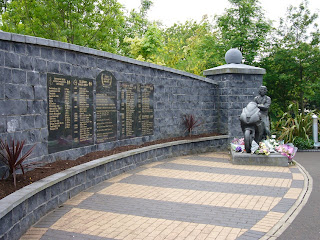 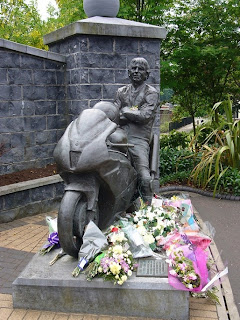 The bronze statue looked somewhat familiar and I dug out some old photos and found this one of the same statue outside Murray’s Motorcycle Museum near the top of Snaefell Mountain and  on the mountain circuit stretch of the TT racetrack on the Isle of Man at the Bungalow. 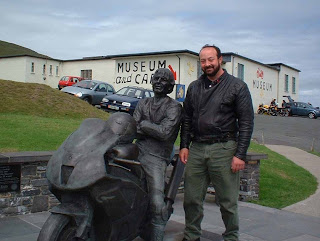 They decided to make two statues. One for his hometown and one for the Isle of Man where his reputation was made.


There's an informative page on Joey Dunlop on the TT Website should you be looking for any further information.
Posted by mr.combo at 11:13