Talking of MZs, here is a fabulous take on the chopper theme that I was sent by its creator a while ago. Imagine turning up to big motorcycle events on something like this. You've just got to smile, haven't you? 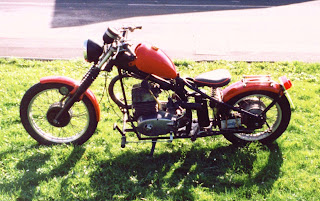 He put together a number of such groovy machines in the 70s and 80s. I might put a few more up later. 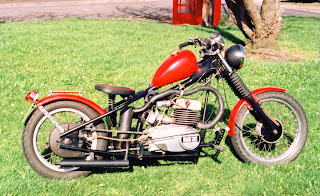 Although it was obviously built on a budget, there has obviously been a lot of thought and effort put into it. Note the serious pipework replacing the rather ugly standard MZ silencer.
For all of that, it was apparently a serious working bike onto which he says he put a good few miles.
Posted by mr.combo at 21:09