After the success/failure (depends who you ask) of the Skorpion, Seymour-Powell designed these two additional machines for MZ, although neither made it through to production due to the company going bankrupt. 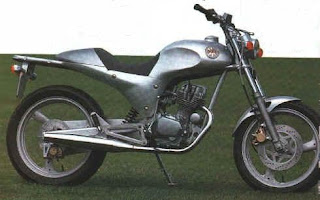 The first is a 125 which was to have been badged as a BSA ‘Bantam’ (MZ having acquired the rights to the BSA name in the UK at the time), it was equipped with a version of Honda's CG 125 engine (not SOHC, but with the camshaft into the crankcase!). 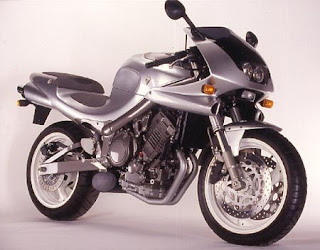 This second one was the 'Kobra', a dual-sport bike with a Yamaha TDM 850 engine (twin cylinder, liquid cooled, DOHC 10 valves).

I'm none too bothered about the demise of the 'Bantam', but I rather like the look of the 'Kobra' and feel that's it was a shame that it never made it.
Posted by mr.combo at 17:41