A friend sent me these pictures he took of an unusual bike he came across parked up on Douglas promenade when he was at the TT races on the Isle of Man this year. 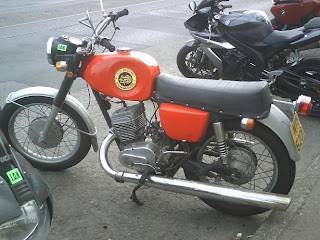 It looks to be a Russian built IZH Planeta Sport 350. A 350cc two-stroke single built by the company best known as the manufacturer of Kalashnikov assault rifles (see design on the tank) and marketed in recent years under that brand name in the west. 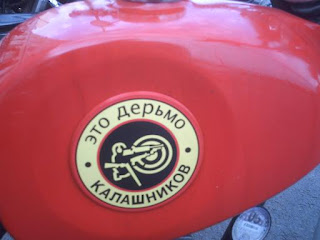 IZH produces motorcycles which were almost unknown in the west until quite recently. Since 1927 the factory has produced some 11 million of them. Very few, however, made it to the UK. 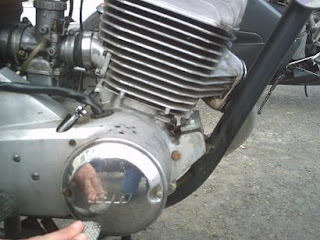 In the twenties they produced small numbers of American-style large capacity V-twins, but from the early 1930s built mostly smaller capacity two-strokes copied from German models, principally Adler and DKW. 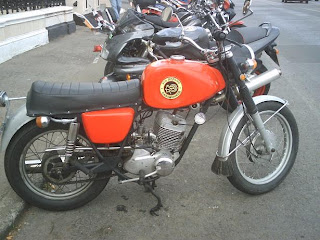 I wonder what reaction is down the pub when the owner casually mentions in conversation that he has a Kalashnikov ?
Posted by mr.combo at 21:36